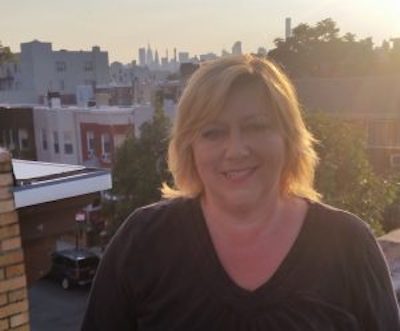 Tammy Wunsch
Tammy Wunsch loves wine, vineyards, and travel. Her blog, ExpatWriter.com, prominently features these three topics, as well as information about living the digital nomad life. Tammy is the author of "The Navarre Brotherhood," an adventure novel about a search for the Knights Templar treasure. She lives in the Quiet Corner of Connecticut and spends her free time working on a sequel, planning her next trip, and seeking out new wines to share with friends

Latest posts by Tammy Wunsch (see all)
Winter is coming. It’s a cold, hard fact – literally if you are located in a climate that experiences the snowy, icy, blustery season people call winter. This is probably the time of year when you start daydreaming about traveling to a warmer climate or moving to a tropical island. Curaçao is a delightfully lovely island to consider for your next adventure or place to call home. Curaçao is located in the Caribbean Sea and is approximately 37 miles north off the coast of Venezuela. It is part of the Netherland Antilles and the capital is Willemstad. Curaçao has pristine, white beaches and sparkling blue waters. It also enjoys a year-round tropical climate. The official language is Dutch though Spanish and English are spoken widely. Read on for more information about the island and the best things to do in Curaçao. The Amerindian Arawaks migrated from South America approximately 6,000 years ago. They settled on various islands as they traveled north. The tribe that settled in Curaçao was the Caiquetios from nearby Venezuela. The Caquetios lived in small villages which were located near inland bays on the south coast. There were usually approximately 40 inhabitants in each settlement and they traded with Indians from the mainland and other islands. Alonso de Ojeda and Amerigo Vespucci traveled to the area in 1499 to chart the South American coast and many offshore islands, including Curaçao. It is rumored that the Spanish named the island Curazon, or heart, but the Portuguese mapmakers converted the spelling to the Portuguese word Curaçao. There were about 2,000 Caquetios who lived on the island when de Ojeda “discovered” it. Soon after de Ojeda’s travels, the Spanish came to explore and settle. They determined by the early 16th century that the island had little gold and only a small fresh water supply, making it unsuitable for large farms. The Spanish deported the indigenous population as slaves to Hispaniola in 1515. The Dutch West India Company laid claim to the island in 1634 and named the Dutch explorer Peter Stuyvesant as governor in 1642. The Dutch consolidated their claims by building fortifications, especially around sources of drinking water. Building materials and food sources were largely dependent on imports from Europe and the supply was irregular. Food was rationed and the soldiers protecting the island were dissatisfied with the housing conditions and hard work. To avert mutiny, salaries and rations were increased. Stuyvesant established plantations on the island with their famous landhuizen structures and they were successful in growing peanuts, fruits, and corn. They also found success with the production of salt dried from the saline ponds on the island. Curaçao’s deep port, protected shores, and several large forts made it a safe place for the Dutch West India Company to conduct business. One of its chief endeavors was the slave trade from Africa. This is when the Papiamentu language became formed. It is a mixture of Portuguese, Dutch, Spanish, and African dialects and became the main form of communication between slaves and their abductors.

Jewish families from Amsterdam also established settlements on Curaçao which then attracted others Jewish families from Europe and South America who were fleeing from the Inquisition. The Jewish population reached more than 2,000 by the early 18th century and the Mikve Israel Emanuel Synagogue was established in 1732. It is currently one of the oldest synagogues in the Caribbean and South America which is still in use. The primary commerce on Curaçao in the 17th and 18th centuries was the slave trade. Those kidnapped from Africa were bought and sold in Willemstad before continuing to their ultimate destinations in Central American and South America. It is estimated that Domingo Grillo and Ambrosio Lomelin shipped 24,000 slaves, assisted by the Dutch West India Company, between 1662 and 1669. Curaçao became a free port in 1674 which made it an important player in international trade. It became one of the most prosperous islands. The island’s economy and strategic strengths attracted the British and the French who wanted to control the extremely profitable trade routes and sugar plantations. The Spanish blocked much of Curaçao’s trade with its colonies in South America. It was also not suitable for large-scale farming of sugar cane, tobacco, or cotton. Curaçao’s agriculture became focused mainly on providing food for its own population. The Dutch West India Company went bankrupt in 1791 and Curaçao became a Dutch colony. Britain evicted the Dutch from 1800 to 1803 and also from 1807 to 1815. The1815 Treaty of Paris settled many Caribbean disputes and returned Curaçao to the Dutch West India Company. It has remained under Dutch rule since 1815. After the Dutch reclaimed the island, slavery disappeared in 1863 and the island faced harsh social and economic conditions for nearly a century with the shift to wage labor. Curaçao lived on agriculture, trade, and fishing until the beginning of the 20th century. Oil was discovered off of the Venezuelan coast in 1914. Both Aruba and Curaçao became centers for distilling crude oil. The Royal Dutch Shell Refinery became Curaçao’s largest business and employer. Many immigrants came from other Caribbean nations, South America, and Asia to work for the company. In 1929, Fort Amsterdam was captured by the Venezuelan rebel Rafael Simón Urbina and a force of 250. They stole weapons, ammunitions, and the island’s treasury. They also captured Governor Leonardus Albertus Fruytier and transported him to Venezuela. This act caused the Dutch government to permanently station marines and ships to defend the island. The Royal Dutch Shell Refinery brought prosperity and modernization to Curaçao, but the wealth was unevenly distributed. In 1969, there was a workers’ revolt at the entrance gate to the Shell refinery. The workers advanced on Willemstad causing destruction and mayhem until the Dutch marines restored order. This led to the government becoming more representative of the population. Shell left Curaçao in the 1980s and the island leased the refinery to PDVSA, the Venezuelan state oil company. The United States and its allies determined that the Curaçao port and the refinery were strategic enough to establish an American military base near Willemstad during World War II. After the war, the islands of the Caribbean began to demand their independence. The Netherland Antilles was formed in 1954 and granted a measure of autonomy as entities to Curaçao, Saba, Bonaire, Sint Eustatius, and Sint Martin. The administrative center of the Netherland Antilles is based in Willemstad. The Dutch government and the islands of the Netherland Antilles agreed to dissolve in 2006. In 2010, Curaçao and Sint Maarten became countries within the Kingdom of the Netherlands. The Dutch monarch is the head of state and is represented by a Governor. The head of government is the Prime Minister who presides over a Council of Ministers. There is a Minister from Curaçao who resides in the Netherlands and represents Curaçao. Curaçao has a Parliament with 21 members for a term of not more than five years and voting is open to all residents who are at least 18 years old and have Dutch nationality. Residents of Curaçao are not part of the European Union and do not have to comply with European law or use the Euro as currency. As an overseas territory, Curaçao qualifies for European funds and residents of Curaçao possess both Dutch and European citizenship.

Things to do in Curaçao

You can be active outdoors in Curaçao year-round and enjoy many beautiful and exciting attractions. Discover all that Curaçao has to offer you! Tropical islands are famous for their beautiful beaches and the same holds true for the ABC Islands – Aruba, Bonaire, and Curaçao. Curaçao has more than 35 beautiful beaches to choose from, all unique and different. If you enjoy being in the water, Curaçao has a wide variety of watersport activities to keep you entertained in their pristine, sparkling waters.

If you are more of a landlubber, or perhaps just want to experience some land-based activities, Curaçao has a lot of options from which to choose:

Enjoy the natural beauty of Curaçao at one of their many natural parks:

Relax and enjoy a day of soaking up the historical and cultural sights of Curaçao.

Curaçao has a lot of interesting sights and attractions which you won’t want to miss!

Any trip to Curaçao is bound to be filled with fun, excitement, relaxation, and beautiful experiences. With so much to do, you may have a difficult time picking just a few of the incredible experiences that Curaçao has to offer. I recommend that you just make your plans and go – what are you waiting for? It’s a big world out there – travel, experience, enjoy! Further read: