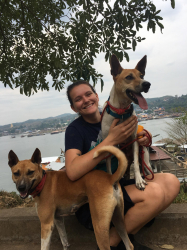 Whether you want to ski, snowboard, hike, walk, visit museums, eat world-class food or enjoy one of the best festivals in the US, Denver has it all. Boasting over 300 sunny days a year, you’ll be hard-pressed to find a bad time to visit the Mile High City. It’s no accident that Denver has been voted one of the best places to live in the states. It’s also one of the most walkable cities, with tons to do within a mile of the bustling downtown.

But, if you’re here, you already know you want to visit this unique and interesting city. Hopefully, by the end of this article, you’ll know when you want to go.

When we are figuring out the best time to visit somewhere, the weather really does play quite a big part. No one wants to go on a once-in-a-lifetime hiking holiday only to have it rain every day or plan an epic ski trip when there’s no snow. Don’t worry, though; I’ve got you covered. Let’s take a look at the average weather for each month/season in Denver.

Spring is an interesting time for Denver. It’s this transition period between the frosty, snowy winter and the hot, dry summer. It can get a little tumultuous at times, but spring in Denver can be a gorgeous time of year to visit, and fewer crowds too! Denver in April begins to feel a lot more like spring. The weather is warming up, the snowfall is slowing down, and some of Denver’s wonderful attractions are beginning to open up. Now that it’s getting a little warmer, why not go on a walking tour of Denver’s epic street art followed up with some local craft beer.

April is best for: experiencing Denver but avoiding the crowds

Okay, now we are talking. Yes, May is Denver’s rainiest month with 2.32-inches of rain; however, that still leaves plenty of time for non-rainy activities! The temperature is beautiful in May, with warm days reaching up to 70°F and nightfall only dropping down to around 43°F. It’s time to bring out those shorts, guys!

The last snowfall is usually in April, so if you’re only in Denver to ski and snowboard every day, then May probably isn’t the right time for you. If you want to enjoy the parks, restaurants, art, and museums that Denver has to offer, though, then May is a beautiful month to visit.

May is best for: Those who want to avoid the crowds but hate being cold!

Grab your shades because June is here, and she’s ready for you. If any of you can’t stand the cold, then you’re going to enjoy Denver in June. There’s usually 0-inches of snow, and the temperatures finally start getting into the 80s.

Now is the time to get outside and enjoy the city parks, amphitheater, shows, festivals, and more. Denver has TONS of great music acts that perform here regularly, so keep an eye out for your favorite musicians. Not only that, June brings with it a festival like no other. Dig out your brightest and most fabulous outfit and enjoy the Denver Pride festival. Listen to live music, attend a talk or workshop, dance, drink, and generally let loose.

June is best for: Outdoor Denver coming to life.

Summer in Denver is hot, hot, hot. But that coincides quite nicely with the wettest months of the year too. You’ll be wanting the rain, trust me! 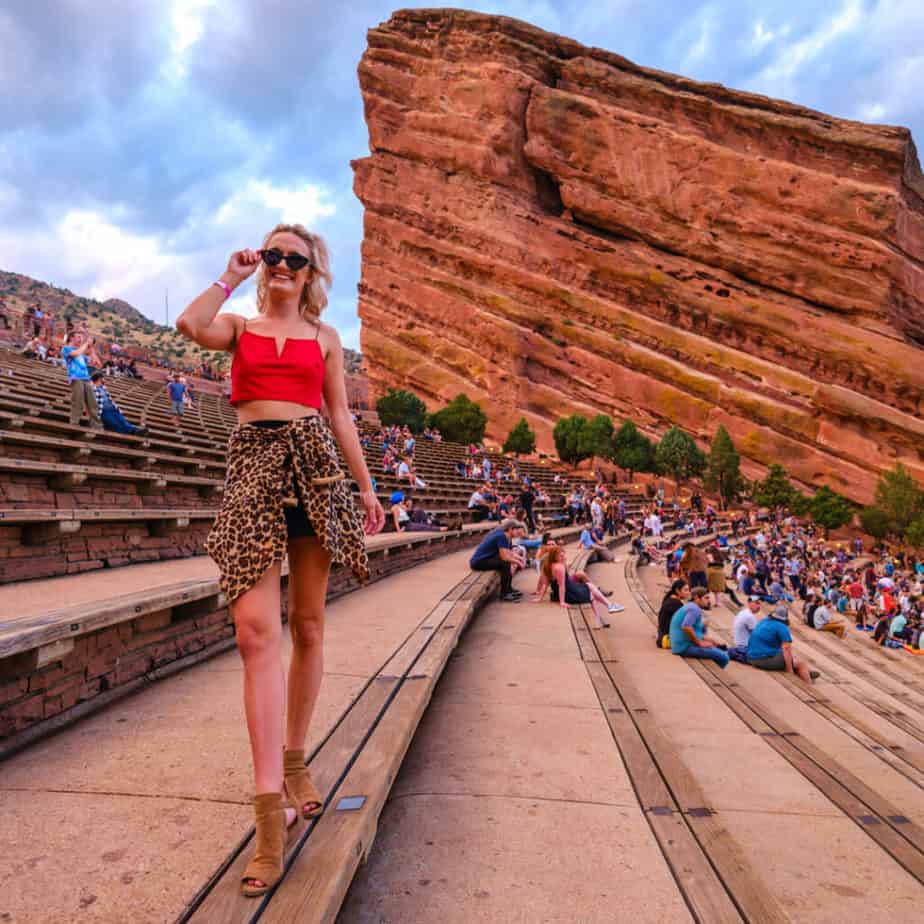 On average, there’s a little bit more rain in July than in June, but with temperatures reaching the high 80s, you probably will not mind one bit cooling off in the rain! There’s still usually no snowfall, so don’t expect to be skiing day in and day out in July here. July is Denver’s hottest month of the year, so it’s probably not the ideal month for anyone looking to go on long, strenuous hikes.

The temperatures are cooler than July, but only just! Luckily for you, the summer is when Denver gets most of its rainfall, so there will be a short reprieve from the low humidity heat. With the sunny weather brings the crowds! The lines for attractions during August will be longer, and the streets will be busier; however, that just adds to Denver’s lively, animated atmosphere.

August is best for: Experiencing the bustling, lively side of Denver

Return of the snow! Only joking; there is, on average, 1-inch of snow in September, though! After three months without any snowfall, though, you won’t be ripping up the slopes just yet. Never fear; some of the best activities in Denver take place in September. Think Labor Day Weekend, Denver Beer Week (yes, a whole week of beer!), and Colorado Dragon Boat Festival, just to name a few.

September is best for: Festival-goers and beer drinkers!

Fall is a beautiful time of year in Denver. If you aren’t a huge fan of crowds then this would be the ideal time to visit as it’s after the summer rush but before the main ski season begins!

Visiting Denver in the fall is fantastic. With all the trees slowly changing from green to yellow to orange and red, the whole city just looks magical. With temperatures reaching around 66°F during the day, it’s a great time to explore the city without getting a sweat on!

October is a great time to take advantage of the world-class restaurants and bars as well as the museums and art events around the city. If you’re looking for something a little different, the temperatures in October would be perfect for completing the Urban Adventure Quest city-wide scavenger hunt!

October is best for: Exploring the city in a cooler but manageable climate

The weather drastically changes in November, and temperatures plummet. You can still enjoy the city during the day provided you’re wrapped up, though. November is the second snowiest month for Denver; however, it is the first month with any real snow, so skiing and snowboarding opportunities can be sporadic and unpredictable. Because it’s so early in the ski season, and summer is definitely long gone, hotel prices tend to be fairly cheap during November.

November is best for: Grabbing a hotel bargain

December brings with it more frosty weather, but the good news is; it’s almost Christmas! Denver is about to get festive. There may not be loads of snow, but you can also ski in December, so if you’re a fan of the holidays, this could be the best month for you to visit Denver.

December is best for: Festive cheer.

Winter is probably one of the quieter times to visit Denver due to the harsh, frosty temperatures; however, there’s still plenty to enjoy in the winter months here. If you want to enjoy some winter sports but don’t want to fight for space on the slopes, then winter could be perfect for you. 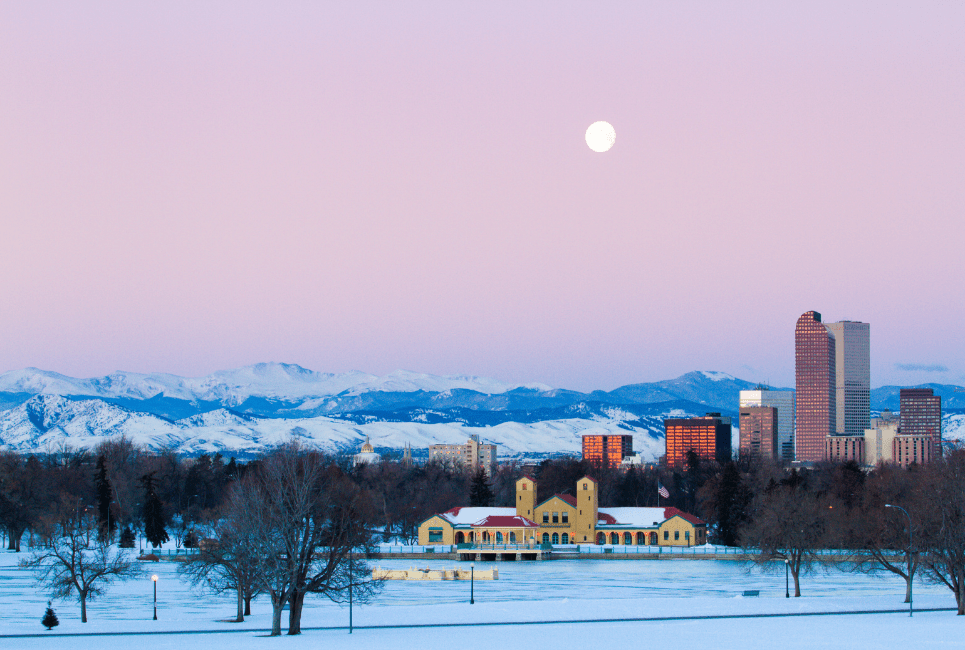 January is not a popular time to visit Denver because of the bitingly cold days and nights! It is, however, prime ski season for the nearby Rocky Mountains. If you’re not into snow sports but still want to visit during this time, there are still plenty of indoor activities that Denver has to offer, as long as you don’t mind a chilly walk in between places!

January is best for: Skiers and snowboarders

A couple of degrees warmer than January, February still isn’t an ideal time to be walking the city streets of Denver. That being said, even though most events take place in the summer, there are still lots of museums and plenty of art exhibits to fill your days up with the eclectic Denver culture. Still, we recommend you hit the slopes during this month!

In March, temperatures start to creep up a little, but it’s still not time to bring out the shorts and tank tops. The days can still be pretty chilly, and the weather can be a little unpredictable as spring tries to break through the frosty Denver winter.

March is actually Denver’s snowiest month, with almost 12-inches of snow falling this month. If you’re into winter sports, then this will be welcome information with the Rocky Mountains just a stone’s throw away.

March is best for: Yep, you guessed it…getting those skis out.

Maybe you don’t want to read through a month-by-month description of the weather forecast in Denver, and you just want to be told when the best time to go is for what you’re planning to do while you’re there. You’ve come to the right place.

If you’re an avid skier or snowboarder, then Denver is most likely on your list of places to go. Just a couple of hours from the Rocky Mountains, Denver is a hub of activity during ski season. Due to the favorable weather conditions, the ski season can start as early as October and finish as late as June for some resorts.

Overall, I would say March is the best time to visit Denver for winter sports. There are already months of snowfall accumulated, and March has the highest snowfall rate of the year. Not only that, the temperature this time of year is much more forgiving than during the other winter months.

Check out this resource if you want to get a more in-depth look at the best weather conditions for skiing and snowboarding. 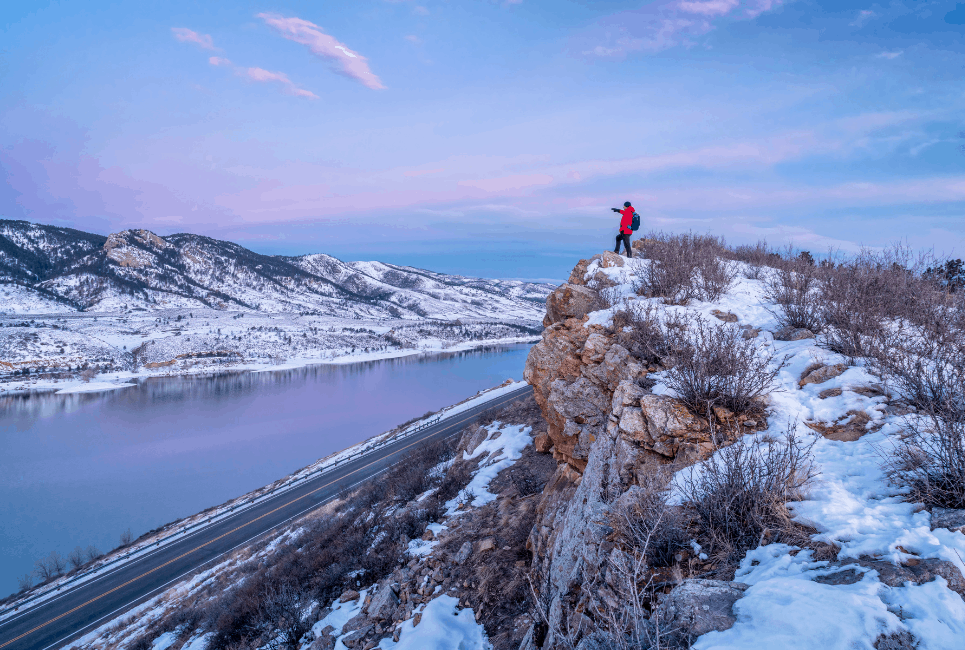 If you want to go on a few hikes when you visit Denver, then you’re not going to want to go in late fall or winter. The temperatures are just too cold for it to be enjoyable, and there’s usually far too much snow to be able to hike at any elevation.

July is the hottest month of the year, so I wouldn’t recommend this time for a lot of hiking. During August and September, almost all the snow has gone even at higher elevations, and the temperatures aren’t quite as sweltering as July. If I had to choose, I would say September is the best time of year for hiking in Denver.

Don’t believe me? Check out this event calendar and see for yourself all the weird and wonderful things Denver has to offer. If you want to avoid some of the heat, I would recommend September as the best time for enjoying the city.

Ultimately, no one can tell you the best time to visit the wonderful city of Denver. It all depends on you; what do you want to do while you’re here? What weather do you enjoy being in? Are you coming for a specific event or festival?

I think if you’re looking for a little bit of everything, May would be a great time to visit Denver. There’s still some snow on the mountains if you want to try your hand at some winter sports and the temperatures aren’t too drastic, so you can still enjoy walking around Denver city. As it’s heading into summer, some of the awesome Denver attractions are starting to open at this time as well, and you won’t have to fight with the crowds.

Question: How many days do I need in Denver?

Answer: 3-5 days would be ideal to get a good feel for the city and explore some of the surrounding beauty.

Question: What is the hottest month in Denver?

Answer: July is definitely the hottest month in Denver with temperatures reaching 88°F

Question: What is peak season in Colorado?

Answer: June to August is the peak season for tourists here.

Question: Is Denver Nice in January?

Answer: January in Denver is very nice, as long as you don’t mind cold weather! Temperatures reach a low of 17°F, however, it’s a great time for winter sports.