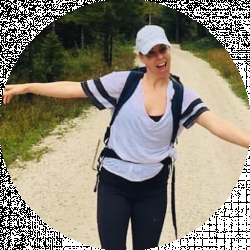 Jodie Chiffey
Jodie is an avid traveler who loves camping and hiking. With over 10 years experience tackling some of the best mountain ranges in Europe and North America, she has now got her sight set on conquering Asia. Over the years, Jodie has worn and used her fair share of travel gear, giving her valuable insights as to what is worth taking when backpacking.

Some airports have more delays than others, which means you can avoid them if you’d rather not take the chance. Our guide to the airports with the worst delays may be able to help you out.

Most people have experienced a flight delay at least once in their life. My own experiences have varied from a minor inconvenience to a nightmarish, stressful ordeal. I know what it’s like to have to hang around in a hot, overcrowded airport for hours or to sit on a plane that can’t take off when it is supposed to.

While the airports in this guide have the highest rates of delays or cancelations in the United States, it’s worth noting that even in these airports, the majority of passengers don’t experience delays, so try not to worry if you’re going to be using one of these airports soon! Being prepared for delays is all part of learning how to travel.

The Bottom Line Up Front

If you want to know which airport is the worst in terms of delays and cancelations, let me tell you: it’s Newark Liberty International Airport. With a delay/cancelation rate of 25%, it’s not ideal. The lack of organization leads to chaos at busy times. If you’re traveling there, be prepared for some potential delays.

Of course, it’s not all bad. There are elements of all the airports on this list that work well: great customer service, plenty of choice in stores and places to eat/drink, etc. I’ll go through the pros and cons of all the airports, so if you’ve got a flight booked there because it’s the most convenient airport to get you to your destination, try not to worry.

The last thing to remember is that while 25% sounds bad, it also means that three-quarters of flights depart on time, so chances are you won’t get caught up in a delay.

At A Glance: Top 5 Airports With Worst Delays

Here are the 5 airports with the worst delays in the US:

What causes delays at airports? Here are the main reasons why your flight may be delayed:

One big reason why flights can be delayed is down to staff shortages. Whether it’s airline staff being late to work, or just not having enough officers to guide passengers through security on time, staff shortages have a knock-on effect. Plus, there are the occasional strikes. A baggage handler strike is disruptive enough to cause delays. 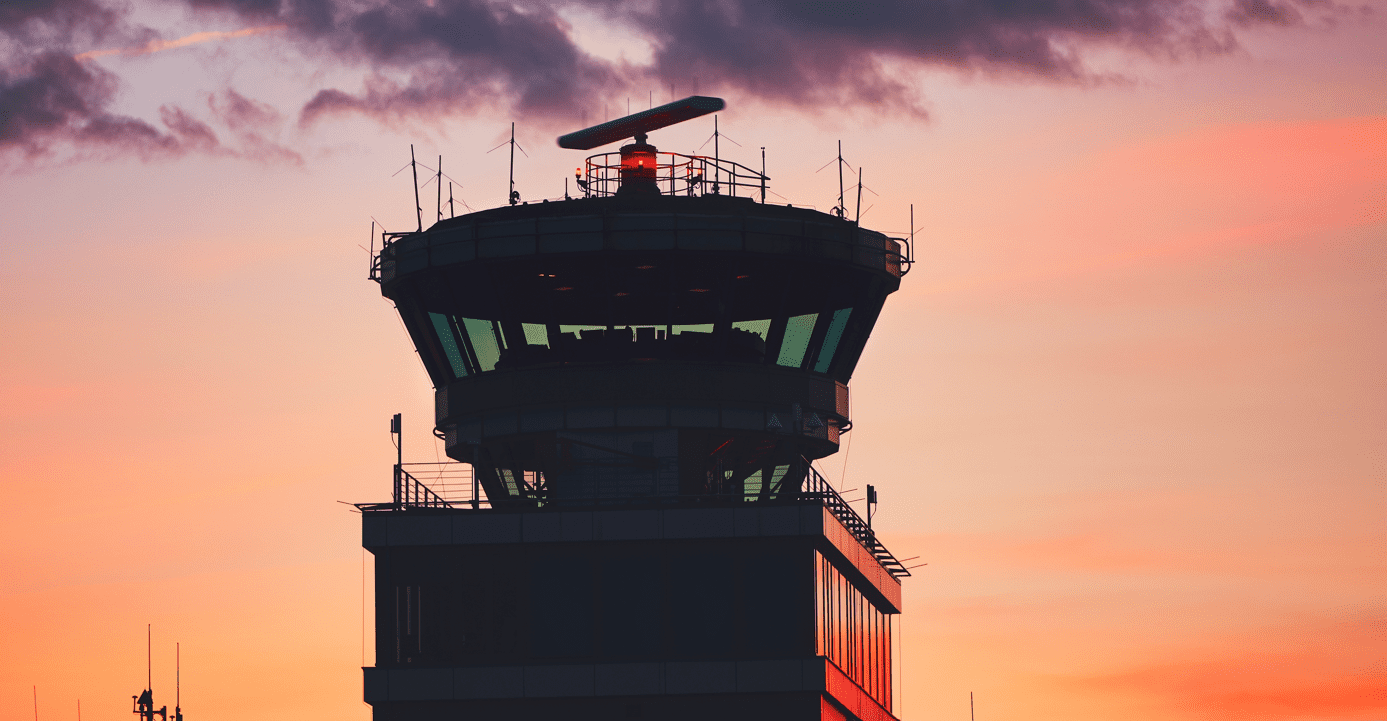 At very busy airports, it can be difficult to land, with many planes needing space on the runway at any given time. That can lead to a plane having to circle until a spot appears, which can cause a knock-on effect throughout the day.

While flight delays and cancelations due to weather are relatively unusual, bad weather can cause flights to be delayed or even canceled. Snow and thunderstorms are common culprits, with more extreme weather events obviously causing cancelations.

Of course, sometimes delays are down to our fellow passengers. Passengers being late can cause a flight to take off later than planned. Plus, disruptive passengers can sometimes cause problems (although, thankfully, I haven’t encountered this much so far!). 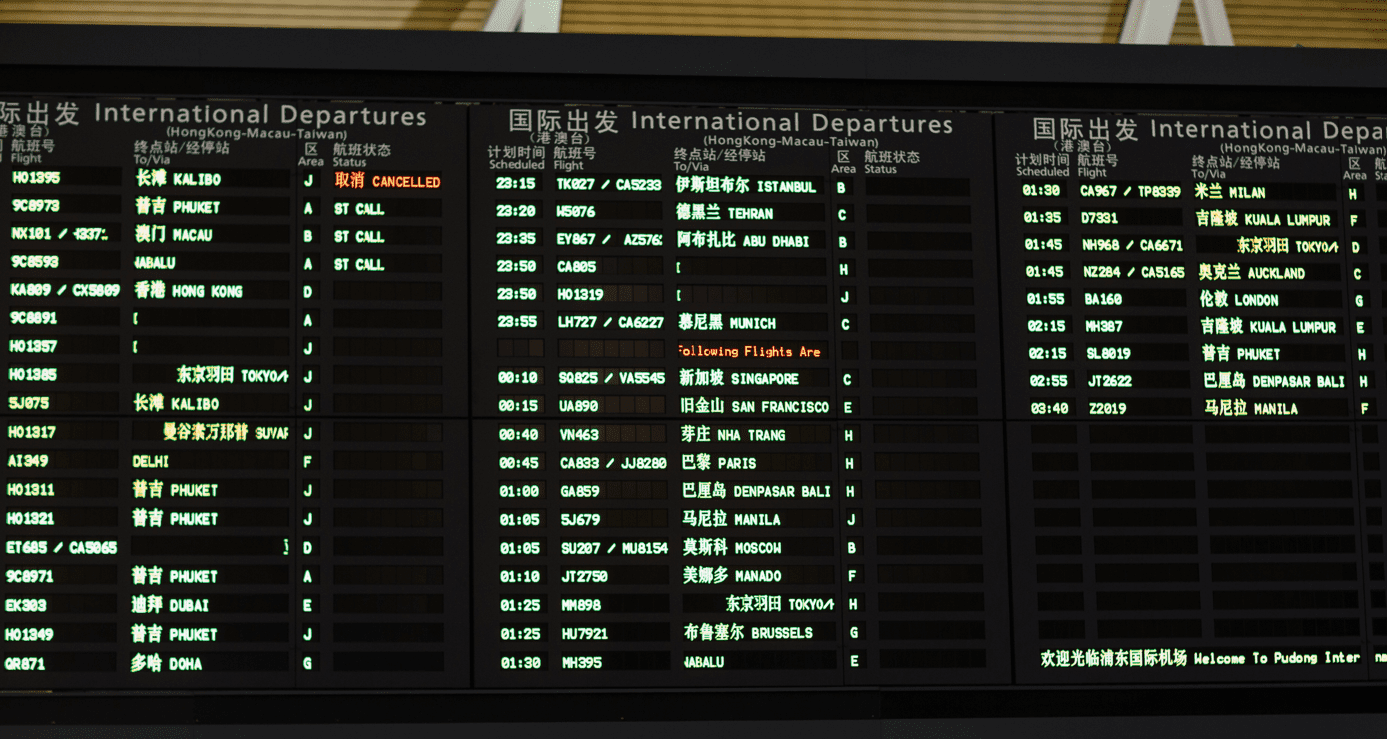 If a flight is delayed in the morning, it can cause problems for every other flight for the rest of the day. Some airports have limited runway space, which means other flights may not be able to take off at the scheduled time. This is an unfortunate domino effect, and there isn’t much that staff can do about this.

Of course, safety checks can cause hold-ups from time to time. I think most people would rather a plane take off after all the appropriate checks have occurred. Sometimes these checks are delayed, or staff members come across an error. This can cause complications which means you won’t take off at the planned time.

Top 5 Airports With The Worst Delays

According to a study by the Bureau of Transportation Statistics, these are the airports with the worst delays and cancelations in the US.

I’ll go through each one in detail, and give you the reasons why I think delays are sometimes inevitable. However, I’ll also highlight some of the pros of each airport. Chances are you might have a stress-free experience, and some great facilities can be found in some of these airports!

Newark Liberty International Airport takes the top spot here, with almost 25% of flights being late or canceled. That isn’t great news for passengers, and plenty of unhappy fliers online share their experiences of late flights from Newark. The primary reason seems to be a lack of organization and clear communication with passengers, which is a shame.

In terms of facilities, there are some good places to grab food and drink here, as well as some gift & souvenir stores. Unfortunately, the layout is confusing, so I’d recommend giving yourself plenty of time to get around in case you get lost. The security process is the main issue here, and it can take some time to get through, so again, make sure you give yourself a lot of time if you can.

The staff here are approachable and willing to help here, which is a bonus, but it’s not the cleanest airport out there.

Fort Lauderdale Airport is pretty high on the list for delayed or canceled flights at 23%. That’s not great, with almost a quarter of flights delayed. The main issues from a passenger perspective seem to come from issues with baggage and parking, with these two areas being a little more chaotic than some of the other areas.

It’s not the nicest airport, either. In my opinion, it needs updating, as it looks pretty worn and old at this point. Plus, the aircon doesn’t seem to be working most of the time for a Florida airport. This isn’t great, as it creates grumpy, overheated customers and is not the best environment for staff to work in.

It’s a small airport, so not many food or drink options, but the staff here are friendly, and the security process is pretty efficient. It’s also clean, which is more important to most people than being up-to-date!

Orlando International Airport is another contender for the worst delays. With 24% of flights being delayed or canceled, some passengers are (understandably) unhappy. At peak times, the ticket lines are pretty long. But the worst part is the TSA line. It’s long and intimidating, not the best for new or nervous fliers.

The amenities here are pretty good, though, it has to be said. There are a lot of choices in terms of food and drink outlets, and it almost looks like a mall. There are plenty of stores to browse while you wait for your flight, with something for all ages (from Kylie Cosmetics to the Lego Store). It’s reasonably well laid out, so you should be able to find everything.

The staff here are friendly, although finding someone available to help you at busy times can be tough. The plus side is it’s a clean airport with plenty of nice touches like decent bathrooms and power outlets to charge your phone between flights.

La Guardia Airport has a delay/cancelation rate of 22.52%, which isn’t great. The main areas of confusion for passengers seem to be the layout. There are long distances to travel between gates, and it’s can take a long time to find your way there. It’s also a busy airport and gets crowded at peak times.

However, there are improvements underway. The airport itself is much nicer since a recent upgrade. It feels more modern and has a lighter, brighter feel. Common areas are wider, so you’re less likely to bump into people, and the sky bridges are fun to walk across. It’s nice to look at, with beautiful murals, and there are loads of food, drinks, and shopping options.

The staff here are friendly and helpful here, plus, it’s really clean, which is another bonus. It’s a shame about the delays, but maybe things will start looking up in the future.

Dallas Fort Worth Airport has a delay/cancelation rate of 22%. From a passenger perspective, the long security line causes most problems, with insufficient staff for the number of people passing through the airport. It also has a strange layout which can take some time to get your head around.

However, it’s not all bad. In my opinion, it’s one of the better airports out there. It’s like a mall, with tons of stores and places to get food and drinks, and it’s well-lit and cool (perfect on a very hot summer’s day in Texas). It’s large, so it takes some time to get around. I recommend getting there early enough so you don’t feel rushed.

The staff here are friendly and more than willing to help you out, but they could do with more staff on hand. The plus side is that it’s a clean and tidy airport, and it doesn’t feel dated, so it’s pleasant to hang around in.

Here are some frequently asked questions about airport delays:

Question: How can I keep myself from going crazy if I’m stuck in an airport?

Answer: I know what this is like, having been here several times. Here are a few ideas that have helped me over the years:

Question: How can I make going through security as smooth as possible?

Answer: I’d say the key thing is to familiarize yourself with the rules. If you don’t fly often, it’s easy to forget the security guidelines. Make sure you remember the TSA’s liquids rules and ensure you don’t bring anything banned by your specific airline.

Question: Can I get compensation if my flight is delayed?

Answer: Airlines don’t usually owe you compensation for a delayed flight, but some airlines will offer you something in return for a long delay (like a free meal on the flight or something). Short delays won’t get you anything, as they’re considered to be common.

Cancelations are a different matter. Check with your airline to see what their rules are around cancelations and compensation. You may be protected if you paid for your flight using a credit card.

I hope this has helped you if you need to book a flight soon. Chances are you’ll be fine if you choose one of these airports, but if you want to try to eliminate the possibility of a delay, you could pick another airport instead.