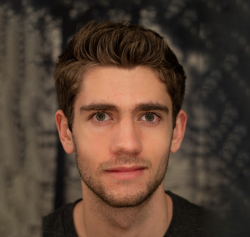 Ah, yes. The day has arrived when we will investigate the two most low-budget airline companies in the United States. Spirit and Frontier both have quite the reputation for being affordable, but overall “miserable” experiences.

However, I have ridden my fair share of flights with Spirit and Frontier over the years because I’m a budget-friendly traveler. Today, I will dispel the negative myth associated with these two companies, and bring them into the limelight.

By the end of this article, you’ll have a clear understanding of the main differences between the two, know their key features, get some decision-making tips, and take a look at some similar alternatives to consider. Let’s dive in!

Main Differences Between Spirit and Frontier

Before we get into the nitty-gritty, let’s take a look at the main differences between Spirit and Frontier

Now let’s dive into the key features of both Spirit and Frontier Airlines.

Believe it or not, Spirit actually started as a trucking company back in 1964. However, it wasn’t until 1983 that they began to transition to Charter One Airlines, where they began to offer extremely cheap flights around the United States. As of today, they are the 8th most popular airline in North America, still notorious for their ridiculously low prices.

Spirit Airlines primarily services flights in North America. The scope of its international flights is limited to Central America, the Caribbean, and the upper portions of South America. They cater to most major cities, but their presence is the biggest on the east coast.

Baggage on Spirit is a bit of a catch-22. They get you in with cheap ticket prices, then upcharge you meticulously with bag fees. The good news is that if you’re able to channel your inner minimalist, you get a personal item (18″ x 14″x 8″) to bring on for free. After that, a carry-on bag is $41, and checked bags are added for $36, $41, and $91.

Just make sure if you’re going to use one of these options you book online first. You’ll be charged an extra $10-15 per bag if you simply show up with the bags.

Spirit is fairly simple in terms of how they break down their cabin. You’ll quickly notice they only have two classes of seats- the Big Front Seats and Standard Seats.

The Big Front Seats are essentially Spirit’s version of a “premium” seat, meaning they have an extra 6” of legroom, are coated in leather, and don’t contain a middle seat. They cost an extra $60 on top of the normal fare, and I would say they’re most comparable to seats on a “normal” plane.

With this in mind, you can only imagine what the Standard Seats are like. They have a 28” pitch and 17.75-inch width and are fairly cramped and uncomfortable. The tray table is only big enough to hold a drink, and there’s not much room to move around. This is the price of a cheap flight, folks. If you can bear the pain for a few hours, it may or may not be worth it to you.

I’m not going to lie to you guys, the staff on Spirit isn’t my favorite. And according to a plethora of reviews online, this is a fairly common opinion. The reason budget airlines exist is because they can’t afford to cut you slack or give you solid customer service.

This means if you run across an issue, it most likely won’t get resolved in your favor. I always warn anyone that flies Spirit to have all your ducks in a row before arriving at the airport and to be ready for the worst.

In terms of food and drink, it shouldn’t be surprising to learn that there aren’t any free snacks or drinks, besides water. The prices are reasonable, but the food is subpar at best. Options are limited to choices like nuts, crackers, and candy. Alcohol costs $8-$11 for beer, wine, and cocktails. I’d recommend bringing your own food or eating before if you’re trying to save money.

Spirit does not have any type of streaming inflight entertainment. However, if you’re lucky, you may run across a flight that offers wifi. Prices vary based on the destination you are heading to and the wifi is generally fast enough to stream video.

The Spirit rewards program is called “The Free Spirit.” Every time you go on a flight you’ll begin to rack up points that can be used to get discounted or free tickets in the future. The program is free to sign up for and has multiple ranks you can move up. Once you hit Silver and Gold level, you’ll get a wider seat selection, upgraded boarding, and free snacks/beverages.

Frontier was started in 1994 by an experienced United pilot, and believe it or not, the company didn’t start as a “budget” airline. Based out of Denver, Colorado with many flights going west, their slogan quickly became “The Spirit of the West.”

Today Frontier has over 100 destinations in the United States and over 30 international destinations around the world. They specialize in the west of the United States, and they don’t service outside of North America. This means while you’ll be able to find flights to Mexico, Central America, and the Caribbean, you won’t be able to find flights to Europe, Asia, or Australia with Frontier.

Frontier airlines offer a free personal item on their flights, granted it is under (8” x 18” x 14”). If you’re aiming to bring a carry-on item to store in the overhead bin, it’ll cost you… unless you’re a Frontier Miles Elite Member. Additional bags cost additional money but vary heavily based on the time you order them and the destination.

In terms of classes, Frontier airlines have two distinct sections like Spirit. However, when it comes to the “premium” class, Frontier’s seats are basically the exact same except they offer a bit more legroom. Therefore if you’re a tall or lanky person, it might be in your best interest to get premium seats to avoid being cramped.

For me, the staff on Frontier airlines has always been subpar. Not amazing, but not horrible like Spirit. I would expect nothing more from an airline with the kind of budget they are running. Like Spirit, I’d make sure you have all your ducks in a row before arriving, just to be proactive about avoiding issues.

As with Spirit airlines, Frontier doesn’t give you any food for free except for water. There really aren’t a lot of options to choose from either, if you are going to buy something.

The menu includes nuts, beef jerky, candy, cheese, and crackers. For drinks, you’re offered the basic soda selections, and beer, wine, and cocktails for an additional price. I’d recommend bringing your own food or eating before hopping aboard, as you’ll save money.

Unfortunately Frontier doesn’t offer any inflight entertainment at this time- not even wifi. This means you should prepare yourself by downloading media to watch ahead of time or bringing books/magazines.

The funny this is that they used to have screens on every seat when I was much younger, but since the “budget rebranding,” there haven’t been any. However, I do like to keep hope alive that they’ll at least bring back wifi one day.

Frontier’s reward program is called Frontier Miles, and it is entirely free to join. For each mile you fly, you’ll earn one point which can be used to get discounted flights, as well as deals at hotels. If you rack up enough points you can make your way into “Elite” status, where you’ll get rewards like free checked baggage and faster boarding.

Now that we understand the key features of Spirit and Frontier airlines, let’s look at some decision-making tips.

Which Side of the United States are You On?

If you’re flying on the west coast of the United States, the chances are good that you’ll get a better deal if you fly with Frontier. Their primary headquarters is located in Denver, Colorado. However, if you’re flying on the east coast of the United States, your best bet for a good deal is with Spirit Airlines, as their headquarters is in Miramar, Florida.

Do You Value Inflight Entertainment?

One of the key differences between these two airlines is the inflight entertainment options. Spirit has wifi programs that you can use to stream video, while Frontier has no options at all.

At the end of the day, having wifi or not isn’t too big of a dealbreaker for me- especially when you can download media to watch ahead of time. But if you feel the need to be constantly connected, then perhaps Spirit Airlines is the choice for you.

Let’s take a look at some alternatives to consider in the budget flight category. 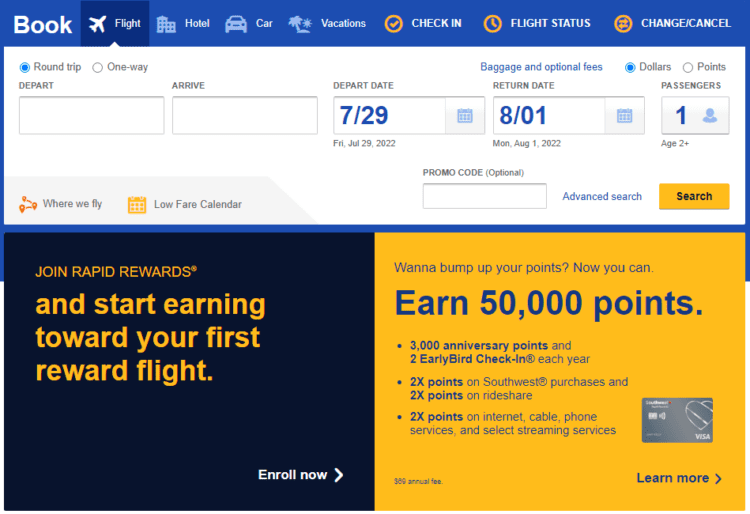 Southwest is an interesting alternative to consider that falls just above the budget flight category. One of the reasons they are able to maintain cheap prices is because they don’t have “classes” on their flights.

All seats are first come first serve, which makes the flight a more “equal” experience. I’ve also always found the employees on Southwest Airlines to be extremely friendly and quirky. On several flights, I’ve seen attendants doing everything from stand-up comedy to rapping over the intercom.

If you’re looking for a budget-friendly option that specializes in flights on the west coast of the United States, Alaska Airlines might be an option to consider.

Sure, the flights won’t be nearly as cheap as Frontier or Spirit, but you’ll have considerably more comfortable flights and a much smoother experience. I also like to use Alaskan Airlines if I’m going to a more remote part of Alaska, which many more mainstream airlines don’t have access to.

American Airlines can be a solid alternative if you’re looking for a few more bells and whistles on your flight. With eight different seat classes, you can accommodate your experience to your budget more closely. American Airlines is also the largest flight company in the world, which means that you can get almost anywhere you want internationally, for a reasonable price.

Question: Is Spirit Airlines the same as Frontier Airlines?

Answer: No, they are actually completely different companies. Spirit Airlines started back in 1964, while Frontier Airlines started more recently in 1994. However in recent years, Frontier has been trying to purchase Spirit, which would effectively make Frontier the 5th biggest airline company in the world. We’ll keep an eye on what happens…

Answer: Yes. Both airlines are certified by the FAA, and undergo regular inspections on their aircraft. Just because they have cheaper fares does not mean that your safety will be impaired in any way. In fact, both of these companies have had a very low incident rate over the years.

Answer: Most people hate Spirit airlines because they aren’t aware of what they are getting into out of the gates. If you go into the experience knowing the seating won’t be comfortable, and you’re able to navigate the minefield of upcharges carefully, Spirit isn’t too bad of an experience. Just do your research first!

Overall, if you’re looking for a budget airline to get you from Point A to Point B, Spirit and Frontier aren’t too bad of options if you understand what you are getting into. I like to think of all the money I’m saving on the flight is simply extra money I could be spending on the vacation!

If you had to pick one, I would say to go with Spirit airlines. If you’re going to go with a budget airline, you mind as well pick the one that’s going to save you the most money. Embrace the discomfort! Also realize that Spirit airlines have wifi, while Frontier does not, which is a major selling point for me!

At the end of the day, I hope this article has been informative in helping you understand which airline to choose. Have a good trip!