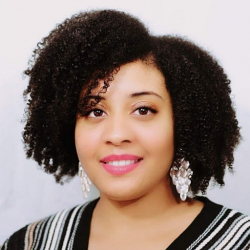 Candis Pope
Candis is a content writer and travel expert. She loves traveling and enjoys exploring new places. Sometimes she doesn't make plans on where to go next. She also likes to fly in luxurious style. As an avid traveler, she provides helpful tips and tricks for your next trip. In her free time, she enjoys trying cosmetic and skincare products.

When I fly internationally, I like to have options. One of the primary airlines that I like to use when I fly to Europe is Lufthansa. It’s a well-known European airline that I trust. In fact, I flew with Lufthansa to visit a German friend I met while traveling in Italy. However, one of my “go-to” airlines that I like to fly with is United. But I must say, there’s a vast difference between Lufthansa vs. United Airlines.

I generally decide between the two based on airfare prices and the destination I’m traveling to. For some European countries, it makes more sense for me to fly with United; other times, Lufthansa is the better option. Stay tuned because I will deep dive into the main differences between these two popular airlines. Read on to discover more!

When flying with Lufthansa, guests are given complimentary beverages and snacks. On flights between 30-60 minutes, passengers are given a bottle of water. For flights over an hour, passengers are provided with snacks and a selection of hot or cold beverages.

What I enjoyed about Lufthansa is that they have an excellent selection of snacks. I noticed that they provide a few more options than some other airlines. I appreciate that they also have a good selection of healthy food options.

Free baggage allowance for Lufthansa isn’t cut and dry, and all baggage is subject to travel class and route. The airline provides a baggage calculator for passengers to help to determine what’s included with their airfare. But in most cases, a personal item, carry-on, and one piece of checked luggage are included with airfare.

In-flight entertainment is available on Lufthansa routes. Passengers have access to over 150 movies, audiobooks, and music. I like that Lufthansa offers a wide selection of movies and TV programs from around the world. For me, it’s always fun to watch programming from other countries. Passengers also have access to broadband internet on all long-haul aircraft.

Lufthansa offers a Miles and More rewards program. Passengers receive miles for every flight, which helps them achieve a higher frequent flyer status. Plus, miles earned can be used for hotel bookings and flights with partner airlines.

Lufthansa offers three categories within its flyer program. If you reach the HON circle, you could receive complimentary limousine and transfer services from your arrival and departure destinations.

Lufthansa chocolate is so good! I absolutely love chocolate, so it was a pleasant surprise to receive it when I flew with them. It’s not a treat you normally get with other airlines, so I was impressed.

Lufthansa developed a concept called Compensaid. It allows passengers to offset their CO2 emissions. This is done by reducing emissions using sustainable aviation fuel. I really like that they are taking the initiative to create a cleaner environment. I think it’s a brilliant idea.

No Snack Service for Short Flights

There are no complimentary beverages or snacks if your flight is under 30 minutes. There are no snack bags, either. However, passengers on short flights are given a piece of chocolate, and in my opinion, that helps to make up for the lack of complimentary snacks.

Although the calculator is simple, I didn’t like this feature. When I fly with an airline, I like everything to be cut and dry, and I don’t particularly appreciate going through extra steps when booking my trip. Not only that, but I prefer standard rules across the board. For example, if I’m allowed free baggage for one of my trips, I don’t like that I may not get it on another trip. This may not bother some people, but I find it unnecessarily complicated. When you book a flight, you have to run your route through the calculator, so you never know what baggage will be like for your trip.

Not only that, but some snacks are complimentary, while the others are for purchase. Furthermore, food and beverage services differ for other fare classes, like Premium Cabin. For Premium Cabin, wine, beer, and other drinks are free on all flights. But if your flight is under 300 miles, there is no food service. However, you’ll get something on flights over 300 miles, depending on the route.

With United, a carry-on bag and a personal item are allowed on most flights. However, carry-ons are not permitted for a basic economy ticket, and basic economy passengers are only allowed one personal item. Also, checked baggage differs with United Airlines, depending on travel class. First Class and Business Class passengers are allowed free checked baggage on any flight. Economy passengers get free checked luggage on extended flights to long-haul destinations. United has a baggage calculator as well.

United has a loyalty program known as MileagePlus. It allows members to accumulate travel miles to use towards flights to various destinations worldwide. Miles can also be used in conjunction with money, in case you want to purchase a flight but don’t have enough points. Much like Lufthansa, United offers various tiers within its loyalty program. Once you reach Premier status, you’ll enjoy preferred seating, waived fees, upgrades, and more. 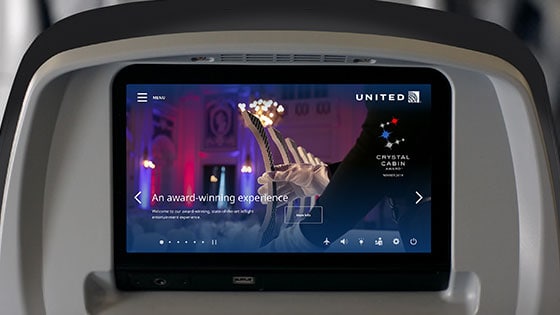 You’ll definitely keep yourself entertained while flying with United Airlines. They have a vast selection of movies and other types of entertainment. While United does offer in-flight Wi-Fi, it’s not free. Passengers have to pay, even on international routes. However, travelers have access to free messaging apps like iMessage and WhatsApp.

I like that United offers a selection of the newest movies and shows. A lot of airlines tend to only provide movies that are a bit outdated. I remember being excited about watching a movie that I really wanted to see, and luckily, it was available on my flight with United.

One thing that I really like about United is that their loyalty miles don’t expire. For me, that’s a huge relief. Sometimes I choose different airlines, depending on my needs and fare prices. So, it’s nice to know that I’m not forced to always fly with United based on expiring miles.

One thing that I noticed about United Airlines is that they usually have layovers—even for domestic flights. United is a huge airline, and they operate in many cities. Therefore, it’s hard to avoid layovers when flying with them. The problem is that their flight prices are higher than the budget airlines, but the routes take longer to get you to your destination.

In-flight Power Is Hit or Miss

If you fly Economy with United Airlines, the seat may not have a power outlet. For me, that’s a big deal because I like to make sure that my electronics are charged while I’m in the air. Sometimes I don’t have the option to sit and let my electronics charge while waiting to board, so this is an inconvenience. Thankfully, United allows passengers to search their flight to check whether their seats might have an outlet.

Other Alternatives to Consider

British Airways is one of the airlines that I like to use as an alternative to Lufthansa. From my experience, they’re a pretty good airline. On most flights, they offer a cabin bag, a personal item, and one free checked bag. I really like British Airways’ customer service as well. Not that Lufthansa has bad service, but I noticed that the British Airways staff seems to be a bit more hospitable and friendly.

When I fly domestically or internationally, American Airlines is one of the options that I like to choose. Compared to United, I feel American Airlines offers a bit more. In most cases, passengers don’t have to pay a fee for up to three bags. Carry-ons are included, and the first checked bag is free, depending on the route.

However, I sometimes choose United over American Airlines when the airfare is cheaper. Sometimes their prices are relatively the same, but other times, American is a bit more expensive. 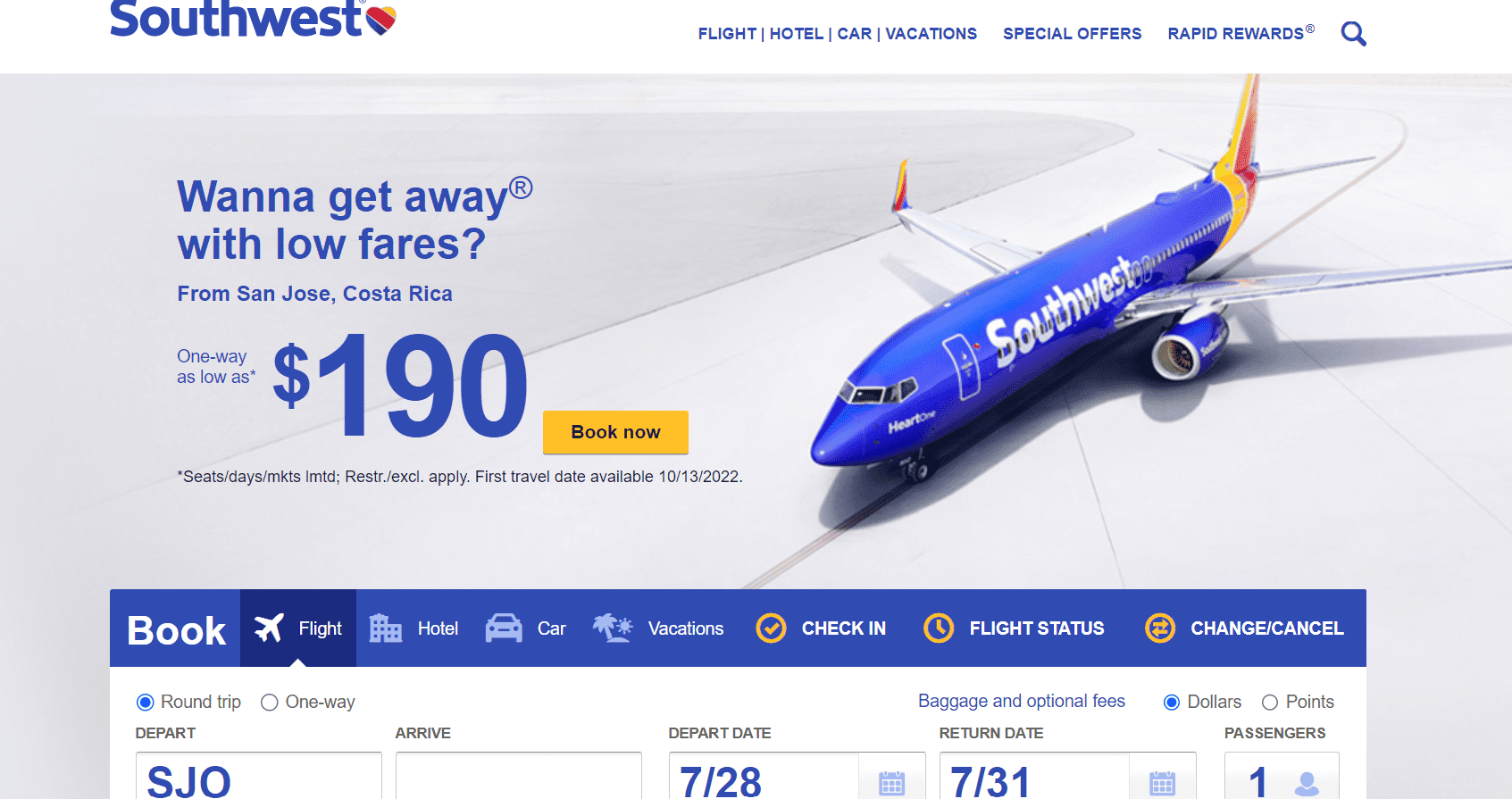 Southwest is one of my favorite airlines. In comparison to United, they offer so much more. All passengers are allowed two free checked bags! Not to mention, their prices are lower. Unfortunately, Southwest doesn’t fly to as many destinations as United. I can’t fly to Europe on Southwest, and they don’t operate in some North American cities.

Question: Can I cancel a flight with Lufthansa?

Answer: Yes, you can cancel your flight. However, the reimbursement depends on the type of airfare you have. All cancellations within 24 hours after purchasing a flight are free. If you want to know if your flight is refundable, you can check the fare conditions section in your confirmation email.

Question: Can I take food on a Lufthansa flight?

Answer: Yes, you can take food on the plane. Generally, passengers buy snacks or meals within the airport after they’ve passed through security.

Answer: Yes, for the most part. You may not always find super cheap airfare, but they do have flight deals. You can check their website, and it’ll show you the various countries they’re flying to for low prices. For instance, you could fly from New York to Lisbon for $410. But if you’re flying from a different part of the United States, the ticket price might be higher or lower.

Question: Can I take a personal item and a purse on board with a Basic Economy ticket with United?

Answer: Yes, they are. They are partnered with several other airlines, like Air New Zealand, Air Portugal, and Eva Air. Believe it or not, Lufthansa is one of United’s travel partners within the Star Alliance group.

Answer: Any flight canceled within 24 hours of purchase may be eligible to get cancellation fees waived. However, that may differ if the purchase was made less than a week before the scheduled departure. Cancellations made after 24 hours are subject to fees. If your ticket qualifies for a refund, you can request it under the “My Trips” tab on the United Airlines website.

In my opinion, Lufthansa and United are quite different, and they have some similarities, but I had various experiences when I flew with both airlines. Generally, I’ll choose Lufthansa when they have flight deals to Europe.

As for United, they’re one of my top five airlines for domestic and international flights, depending on the experience I’m looking for and airfare prices.

Overall, I believe that United takes the cake against Lufthansa. Although, that’s primarily because of the additional countries that I can fly to with them. What do you think? Which one of these airlines do you like the most?