Jodie Chiffey
Jodie is an avid traveler who loves camping and hiking. With over 10 years experience tackling some of the best mountain ranges in Europe and North America, she has now got her sight set on conquering Asia. Over the years, Jodie has worn and used her fair share of travel gear, giving her valuable insights as to what is worth taking when backpacking.

Finding the best airline is tricky, especially if you don’t have much experience flying. With many airlines experiencing extra challenges, it can be hard for potential customers to know where to choose. Our Alaska Airlines vs JetBlue comparison may help you if you’re struggling to decide between the two.

Having flown on each of these carriers before, I think there are benefits to both airlines. While neither is perfect, they have some advantages. Sometimes, I want to hop onto a cheap flight, and I’m not worried about frills and extras. In those moments, you want to have options like Alaska Airlines and JetBlue to choose from. I’ll go through the main differences and then discuss each in more detail.

The Bottom Line Up Front

In my opinion, I’d go for Alaska Airlines. There are pros and cons to both. The lack of in-flight entertainment is a problem if you don’t want to bring your device, but they have better seating and fewer hidden charges. There are some benefits to JetBlue, though, including budget flights and some nice extras if you go for more expensive tickets. We’ll go through that a little later in this article, so stay tuned if you want to find out my thoughts on that.

The Main Differences Between Alaska Airlines vs JetBlue

The main differences between Alaska Airlines and JetBlue are:

Alaska Airlines vs JetBlue – Which One Should You Go For?

Alaska Airlines is the sixth-largest airline in North America. It mainly connects the Pacific Northwest, West Coast, and Alaska. You can travel to over one hundred destinations using Alaska Airlines, including the US, Hawaii, Belize, Canada, Costa Rica, and Mexico. Alaska Airlines has a fleet of 342 aircraft (at the time of writing), with the majority being the Boeing 747. They offer three types of fares: Saver, Main, and First Class.

Saver is the most basic, and it’s the one I’d go for if I were on a tight budget. There are some drawbacks, though: you get last dibs on overhead storage, you board last, and there are limited Mileage Plan Elite benefits.

The seats on the Saver tier are okay. They’re what I’d expect from an economy ticket: a little legroom but pretty narrow. You won’t be able to select seats beyond the few available at the back, and you won’t be able to change or cancel your tickets. Their economy seats do have in-seat power. You can use the universal power outlet and USB port to keep your devices charged.

The Main tickets offer a little more flexibility. This is the price point I would personally go for. I feel it’s worth it for the ability to change my flights if needed. You can also choose your seats from the middle section, which is a plus, and you’ll be second in line after the First Class passengers to get overhead storage access. The seats are better than the Saver tier, offering more leg room and a little more width. The seats are made from leather and are pretty nice to use.

Is it worth paying for a First Class ticket on Alaska Airlines? Well, that’s entirely subjective, of course. Some benefits include being the first to board, the first to access overhead storage, priority seating, and flight changes. The seating is variable. The First Class seating is comfortable and padded, but some seats only recline slightly, which is an issue if you’re on a sleeper flight. The seating is roomy and comfortable with built-in chargers, and you’ll have access to a drinks table too.

I don’t know if Alaska Airlines can compare when it comes to First Class seating. For example, you won’t get seat-back entertainment, and other airlines offer extras like fully reclining seats and blankets/pillows. I’m not sure it’s worth paying extra for First Class with Alaska Airlines, at least not at full price. If you can use air miles or get some discount, that might be a different story. 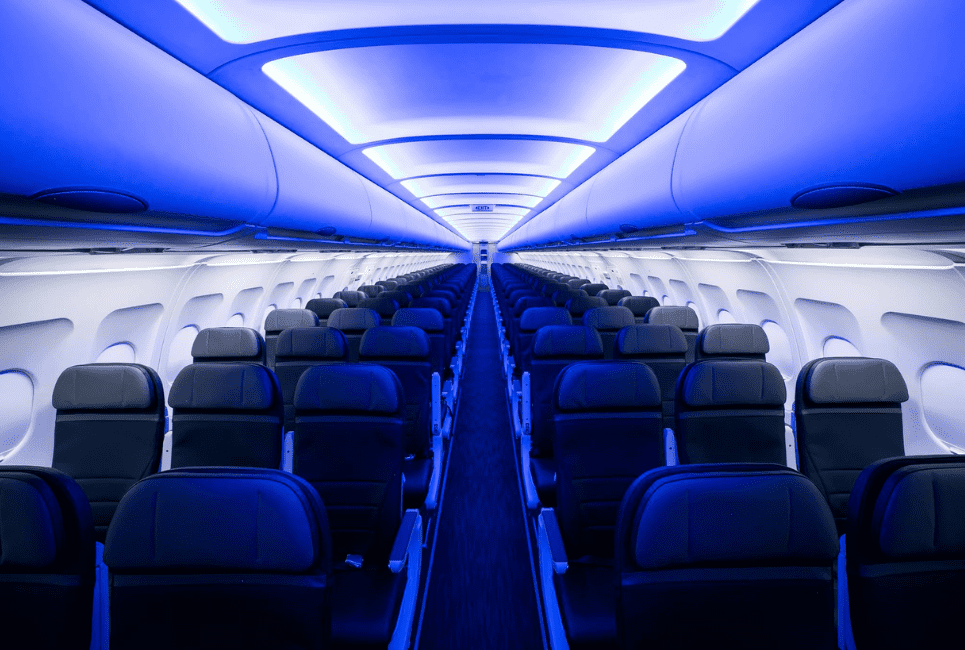 Alaska used to offer individual devices for customers to use, but since Covid, they require customers to bring their own. This is a small thing, but it’s worth mentioning if you’re planning a flight with them. I’d recommend bringing a tablet or something similar to save your eyes from squinting at your smartphone for the whole flight. Either that, or you’ll need to bring a book or listen to music to stay occupied on the flight. 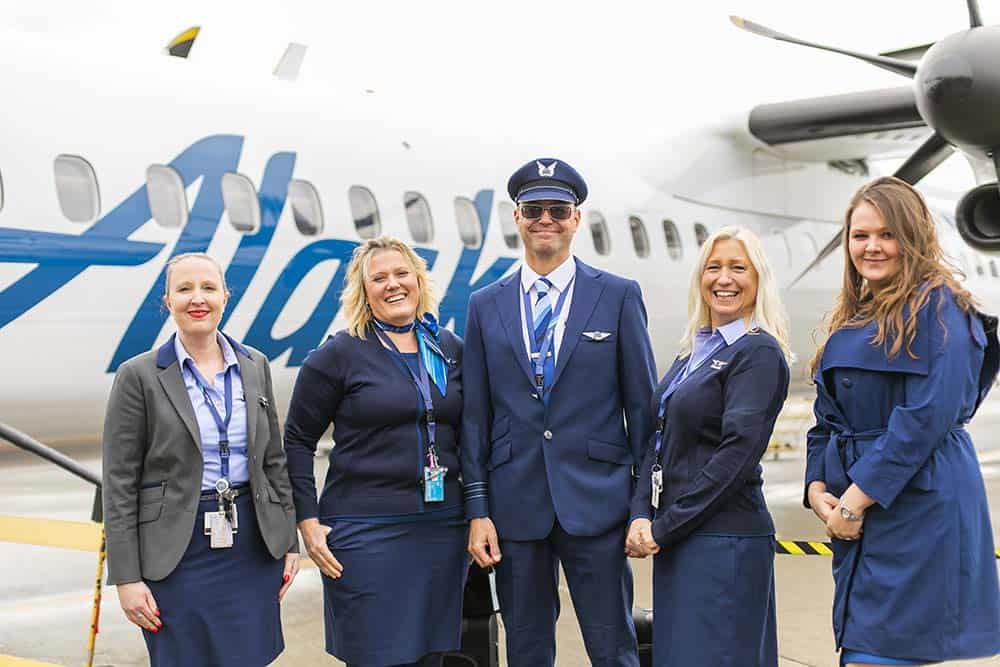 Let’s take a look at the main selling points of Alaska Airlines.

Here are the main features I like about Alaska Airlines:

Here are the things I don’t like about Alaska Airlines: 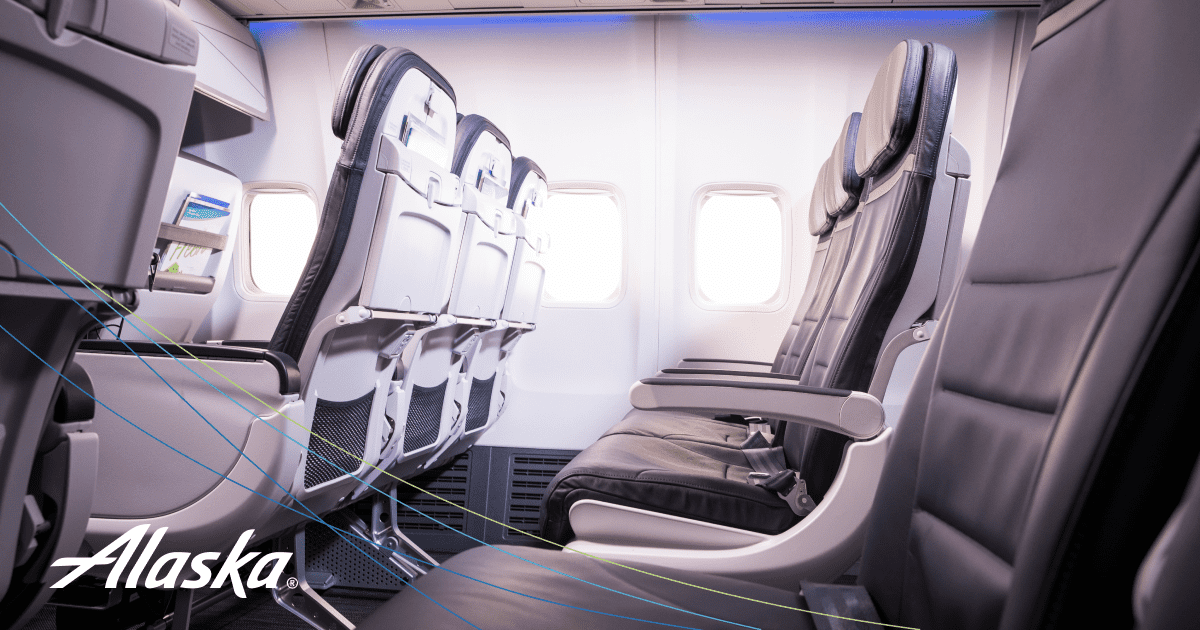 Let’s take a look at what other travelers had to say about Alaska Airlines.

JetBlue is the seventh-largest airline in North America. The headquarters are in Queens, but it also has corporate offices in Florida and Utah. JetBlue is known for being a low-cost airline, so it’s good for those looking to travel on a budget.

JetBlue has 285 aircraft in its fleet at the time of writing, with the majority being from the Airbus A320-200 family. They have a whole bunch of seating options, with varying benefits depending on what you need, so let’s take a quick look at those:

The economy seating for JetBlue. Blue Basic offers a no-frills flight experience. You won’t be allowed a carry-on bag (unless you’re on a flight to or from London), checked bags are not included in the price, you have to pay for advanced seat selection, and you’ll be the last onto the flight.

The seats are, it has to be said, pretty cheap. I’d go for this option if I wanted to take a quick flight and I was trying to keep the costs down. The seats are comfortable but dated, which is what I’d expect from the economy tier. 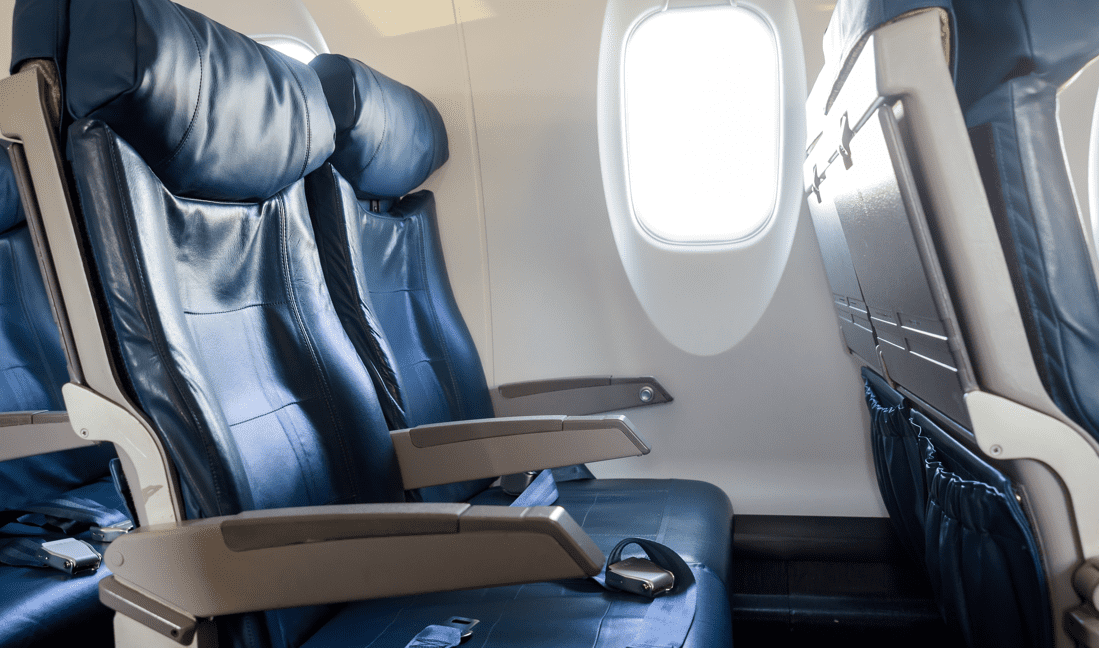 This is what I’d call the lower-standard tier. A little nicer than Blue Basic, it offers 1 carry-on bag, it includes advanced seat selection for free, and you’ll be part of the General boarding, so you won’t be the last on board. The seats are still cheap, which is great.

There are a few advantages to Blue Plus. You get 1 checked bag included, no-fee cancellations, and you’ll be part of the general boarding. I’d probably go for this one for a regular flight. Including the checked bag helps to keep the costs down, and the seats are still pretty decent in terms of pricing.

Blue Extra is the one to go for if you want to cover your back. It offers same-day switches and same-day standby and has the extra advantage of early boarding. You’ll board pretty quickly, too. I hate waiting around, so this is a bonus to me.

You will have to pay more for these advantages, but it’s worth it for a longer flight, or if there’s any chance you may have to cancel at the last moment. The weird thing is that checked bags aren’t included (unless you’re on a flight to or from London), so that’s a downside. You will get more legroom and comfortable seating, which is a bonus. I’d recommend Blue Extra if you need to book flights for business trips, as it’s convenient, and you get fast boarding. Mint is the last tier. It offers 2 checked bags and early boarding. This is probably the best one to go for if you don’t think you’ll need to cancel or switch at the last minute (these privileges cost extra on this tier). Mint offers some amazing seating. You’ll have your compartment, with a sliding door for privacy, and the seats convert into a bed, with extra padding for comfort.

Here are a few more selling points of JetBlue:

Here are the main highlights I want to talk about: Here are the things I would improve about:

What do other travelers think about JetBlue? Let’s take a look:

The Verdict: Alaska Airlines or JetBlue?

As always, there’s an element of personal choice here. What suits me might not suit you, and vice versa. However, I’d probably go for Alaska Airlines if I had to choose. While the lack of in-flight entertainment sucks, the seating is a little better, there are fewer hidden charges, and I think the customer service is better.

There are some upsides to JetBlue, though. I’d still pick them if I needed to take a flight on a tight budget. But it’s worth keeping an eye on those hidden fees, which can make the flights appear cheaper than they are. Overall, my winner is Alaska Airlines, but both airlines have pros and cons.

You might want to try another airline, in which case you could check out these: 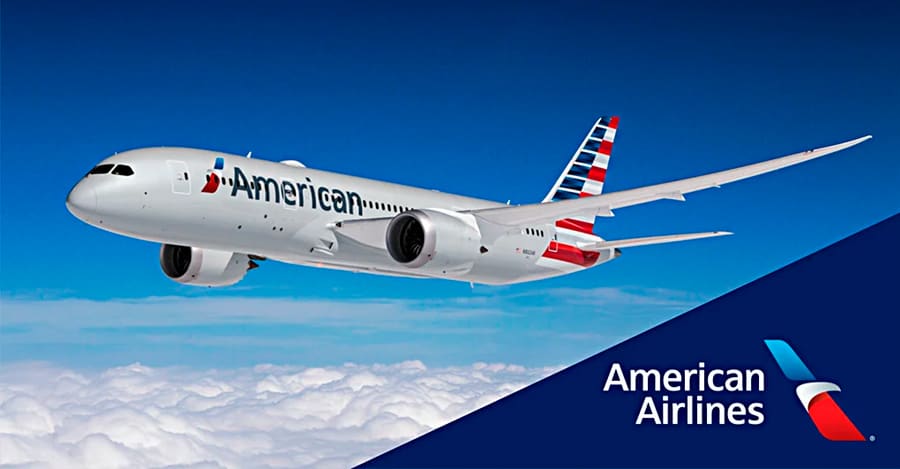 Answer: Yes, JetBlue is considered to be a budget airline, on par with Virgin, Frontier, and other similar airlines.

Question: Why is there no Row 14 on Alaska Airlines?

Answer: This is an exciting question. Alaska Airlines does not have row 14 on some of its planes. According to some, it’s because the number 14 sounds like ‘will die’ in Chinese, so they avoid having a row of 14 for that reason. Other people say it’s for consistency reasons.
Whatever the reason, it’s pretty interesting! Also, you might notice the number 13 missing too. This is considered an unlucky number in lots of cultures, which is why some hotels don’t have room 13, for example.

Question: Is JetBlue part of Delta?

Answer: No, JetBlue is still independent and isn’t owned by any larger company.

I hope this has helped you to decide which one is best for you! While I’d probably go for Alaska Airlines for a mid-priced seat, there are some situations where I’d want to choose JetBlue. For example, if I wanted to go all out, I’d go for JetBlue because their most expensive seats are better.

But in general, better customer service just tips Alaska Airlines into the winning category this time!