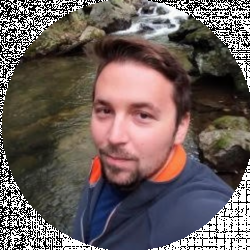 Coty Perry
Coty is a freelance writer and avid traveler. He loves exploring places and experiencing life to the fullest. One of his memorable trips was to Mexico. He is obsessed with immersing in local culture. He enjoys planning his trip ahead of time and making itineraries. He has lots of experience and wants to share his expertise with you. When he's not writing, he enjoys fishing and camping.

This has been a hot topic and question for several years; can you bring cigarettes on a plane?

Yes, you can bring cigarettes and other tobacco products on a plane. Certain restrictions do apply depending on the airline you use and regarding checked vs carry-on baggage.

As far as lighting up cigarettes or cigars on a plane goes, well, you won’t be able to. Up until the late 1990s early 2000s, some airlines allowed smoking in designated areas on a plane but, as of now, there are no commercial airline companies that allow smoking inside of an aircraft.

I can remember a time traveling with my parents when my mom would actually smoke on the plane. It seems crazy today to think about!

That said, there are many gray areas with chewing tobacco and e-cigarettes. It has been a question that has been up for debate for a few decades now and we are going to look into some of the TSA rules and regulations about this topic and how they can relate to them.

How Old to Bring Cigarettes on a Plane?

If you are flying from a state where it is 18 to purchase and use tobacco products, to a state where the minimum age is 21 there is a chance that the TSA will discover this and could not allow you to board the airplane, hit you with a fine, and or throw them away.

This is not something that is of super importance to the TSA official, but there is always the chance of something happening so you should ask yourself is it worth the risk?

The TSA usually has its hands full with more pressing concerns so bringing tobacco products on a plane if you are slightly underage may not be a problem.

The TSA officials could always verify someone’s age based on their ID or passport so if you do get caught, the TSA has your exact age and they know the minimum age to possess tobacco in either the state you are currently flying from or the state you are flying to.

If you are just bringing a pack or two of cigarettes on a flight, there are no major red flags that will come up. However, if you are flying with more than 10 cartons of cigarettes in your luggage, then it might raise some suspicions.

Although the TSA doesn’t restrict the number of cigarettes that you can bring on an airplane, it is always smart to check with the airline that you are using. Not only is it a good idea to check your airline, but you should also check the tobacco laws if you are flying internationally.

Those countries include Costa Rica, Columbia, Uruguay, and Malaysia. All these countries have very strict guidelines for tobacco use and possession. You cannot smoke in any areas near or in public transit.

Bhutan has a county-wide tobacco ban so not only can you not use tobacco products, you won’t even be able to buy them.

Cigars have the same rules as cigarettes on a plane. You are allowed to fly with them domestically but you can not smoke them on the aircraft. There is no set number of cigars that you can bring on a plane either, however, bringing more than a few cigars may raise some eyebrows and the TSA may question you about them.

Cigars could be transported in your checked baggage and also your carry-on luggage. Just like cigarettes, you are not allowed to light up anywhere on the airplane, and only in designated areas in airports. There are fewer and fewer airports that have designated smoking areas.

This is somewhat of a newer question because e-cigarettes haven’t been around as long as cigarettes or cigars. There are many different gray areas on this topic and has become an area of debate.

I ran into this issue a few years ago on a trip to Mexico. I don’t vape anymore but at the time, I wanted to travel with my e-cigarette but American Airlines had a specific rule that prohibited vape pens on the plane entirely. When I got to the resort, I was a little frustrated when I saw other people vaping all over the place.

E-cigarettes emit a vapor, unlike a cigarette which emits smoke and carbon monoxide. Still, there are many smokers and nonsmokers alike that feel strongly against the use of E-cigarettes.

The TSA says e-cigarettes can be transported in your carry-on luggage but you have to disconnect the battery and make the necessary adjustments to make sure the battery is off and the liquid doesn’t spill out. Like other liquid products, you have to put e-cigarette liquids in a separate quart-size sealed plastic bag.

You are not allowed to bring e-cigarettes in your checked baggage. There is no reason why you can bring them in your carry-on and not checked baggage. The only reasoning that I can give is possibly the concern of the batteries combusting and causing a fire on the plane with no one able to put out the fire.

Bringing Lighters and Matches on Planes

This is a concerning issue for everyone on the plane. Lighters and matches are allowed to be transported in carry-on luggage however, the use of matches or lighters by anyone inside the plane is prohibited.

There were many events in the past that have ruined this. Terroristic events such as 9/11, have changed the way that everyone travels today. Not only can you not use matches or lighters, but you also cannot use anything that could be deemed as a weapon like a razor blade for example.

In the 1960s, it was very common to smoke on a plane. Many people thought nothing of it. There are even some older planes still have ashtrays in the armrests.

In 1988, you were only allowed to smoke on a plane if the total flight time was more than two hours. Then a few years later, the TSA changed the rules from more than two hours to 6 hours, shortly after this, most commercial airlines banned the act of smoking on a plane.

Yes. you are allowed to bring chewing tobacco on a plane. You can bring it in your carry-on luggage as well as your checked bags. The TSA sees chewing tobacco as no concern for a fire hazard or any other safety issues. There are actually specific carrying bags for chewing tobacco.

Now the question of actually chewing tobacco on the plane comes into question. This is a gray area question as well and it comes down to the airline. The TSA doesn’t have any rules about dipping on a plane but certain airlines may prohibit it.

Question: What Happens if You Smoke on a Plane?

Answer: Unless you want to face harsh consequences, you should never smoke on a plane no matter how bad your craving is.
Smoking on an aircraft could result in steep fines, being forced to land the plane early at a different location, or in some cases, getting arrested and thrown in jail. It is also not a smart idea to try and sneak a cigarette into the bathrooms.
Along with their dozens of no-smoking signs, there are also smoke detectors so they will be able to tell you were smoking. It’s smart just to wait until the plane lands to smoke.

Question: How Old Do I Need to be to Bring Cigarettes on a Plane?

Answer: In all states and most countries, you need to be at least 18 years old to bring cigarettes on a plane. That is, of course, if all other laws do not prohibit you from traveling with tobacco products.

Question: How do You Store Cigarettes in Your Luggage?

Answer: Having a portable humidor that can bring enough cigars for your trip is a great way to transport discretely. I’ve used items like these before and as long as you follow the specific airline protocol you shouldn’t run into any trouble.

Question: Can You Bring Loose Tobacco on a Plane?

Answer: The rules are the same regardless of what type of tobacco you’re flying with. If you roll your own cigarettes, you can bring the loose tobacco in your checked bag as well as your carry on. Be sure to check with each airline to make sure the same rules apply though.

While smoking on a plane used to be seen as normal, it is now prohibited on a plane. Bringing cigarettes in carry-on luggage or checked bags is fine as long as you don’t bring more than 10 cartons.

Any matches or lighter use is also not allowed on a plane. Bringing lighters and e-cigarettes on your carry-on luggage is fine just not in your checked bags as it may be a fire hazard.