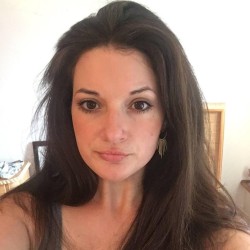 Lindsay Pietro
Lindsay is a freelance writer and avid traveler. She enjoys exploring the road not taken. She loves taking international trips and experiencing new places and cultures. She travels around local destinations and finds new trails for hiking. She shares her travel tips and tricks that suit your needs. In her spare time, she loves hiking and working out.

KLM is the world’s oldest, continually-operating airline, and though it’s base is Schiphol Airport in Amsterdam, its partnerships give you additional options for departures and arrivals. KLM flies worldwide and has partnerships with Air France and Delta, as well as other carriers that serve the Australasia area.

Lufthansa is the main competitor of KLM and also rated highly in terms of Europe’s airlines. Lufthansa is the largest German airline and the oldest airline in Europe, and it’s grown in popularity over the past decade. Like KLM, Lufthansa has partnerships with travel vendors around the globe and flies all over the world.

How do the two stack up against each other, though? Let’s compare KLM vs. Lufthansa.

The Main Differences Between KLM vs Lufthansa

The main difference between KLM vs Lufthansa are:

The Pros and Cons of KLM and Lufthansa 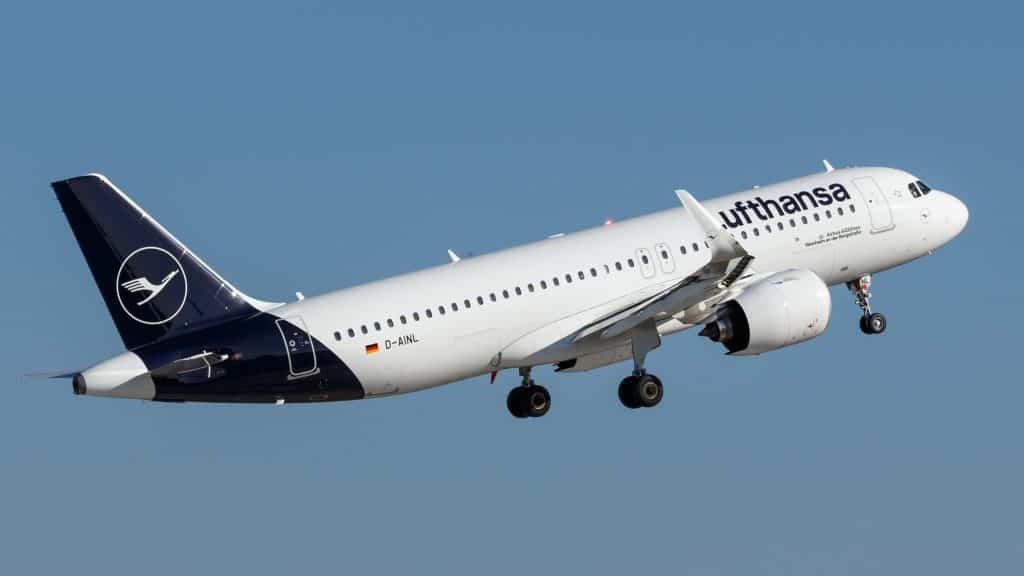 While both KLM and Lufthansa leave passengers with a positive experience, there are distinct pros and cons to each airline, especially when it comes to their different classes. Let’s explore the pros and cons of each airline. It’s often less costly to split your trip with KLM and fly business class than to book a direct flight. Passengers especially appreciate how efficient the KLM ground crew is, which is a necessity if you have limited time between flights and every minute counts. Let’s look into other features of KLM.

Like many airlines, flying economy with KLM is pretty uncomfortable. On the 777s, for example, there are ten seats across. Premium economy isn’t really premium in any discernible way, and some passengers feel that charging more for a “premium” seat is a scam.

Flying business class with KLM is a real treat, especially if you haven’t experienced it since the new design, which was finished in early 2019. The cabin is designed to be both contemporary and comforting, and the blue and earthy colors are soothing, helping you settle in for your trip.

The pre- and in-flight experiences are excellent, but even post-flight the special treatment continues. You’ll leave the plane first, ahead of the other passengers, and you’ll have priority luggage so you can get your bags quickly. Why Go With Samsonite?

All products are tested for strength, durability and performance based on the demands of frequent travelers. Orders of $150 or more qualify for free standard shipping, no code needed. Need it sooner? Choose expedited or priority.

Check Deals at Samsonite Check Amazon
We earn a commission if you make a purchase, at no additional cost to you.

Seating in Business Class with KLM

The seats in business class are purposely out of line with one another to create more privacy. There’s also a partition for when you want to relax or fall asleep. While the bulkhead rows have even more space than the other rows in business class, you’ll be closer to the kitchen and bathrooms, so you’ll need to weigh your options.

Wherever you sit in business class, every seat fully reclines to a flat position, turning into a bed for when you need to sleep on your flight. This was one of the main components of the redesign.

Before, there were a lot of reclining seats instead of flat-lay seats, which is difficult to deal with for a long flight. There’s also lumbar support so you can make micro-adjustments for extra comfort.

When you’re ready to turn your seat into a flatbed, you’ll have about two meters of space to stretch out in. This may seem a bit smaller than other airlines’ business class beds, but it’s still enough space for most passengers to be comfortable. One drawback is that there aren’t mattress toppers available, so you’ll need to ask the crew for an extra blanket to pad the hard seat.

Amenities in Business Class with KLM

When you board the plane, the crew will welcome you with a glass of Champagne and a luxury amenity kit. There are a lot of storage areas around your seat so you can organize your items however you like. There’s also a power outlet and a USB socket.

Entertainment in Business Class with KLM

Food in Business Class with KLM The food available in KLM’s business class is gourmet-level. For example, you can order menu items like coconut beef soup or shrimp and salmon mousse as an appetizer. For your entrée, choices may include chicken and goat cheese ravioli or braised lamb in tarragon sauce.

You can also order quality wine to cap off the dining experience. When you’re finished, you may be treated to a cheese plate and chocolate.

If you’re taking an early flight, there are breakfast options as well. For example, you can order an egg souffle that’s served with a croissant and coffee.

If you have time to kill before your flight, you can duck into the luxury KLM lounge instead of waiting in the public areas of the airport.

The lounge is very big, so even if there are a lot of people milling about, it won’t feel crowded. It’s also spread across multi-levels. There are couches, tables, and workstations to choose from. If you want to freshen up before your flight, there are shower facilities and lockers for your use.

You can also eat before your flight thanks to the lounge’s buffet selection. There are both hot and cold dishes, as well as alcoholic and non-alcoholic drinks. There’s an additional bar, too, as well as an a la carte, fine dining restaurant.

Read More: KLM vs Delta – Which is the Best Airline?

Overall, Lufthansa is run pretty well. You should be able to get through security fast, so you don’t have to worry too much about missing your flight even if you’re running a bit behind. Passengers often praise Lufthansa for customer service. Let’s look into the different aspects of flying with Lufthansa.

Seating in Economy with Lufthansa

When you check-in, Lufthansa gives you the option of reserving an emergency row exit seat for free if there are any left. To ensure you get one of these seats, check-in as early as possible before they’re all snagged up. Unfortunately, whereas many airlines have extra legroom in the emergency exit row, the legroom here is still pretty uncomfortable, particularly on planes designed for short-haul trips.

Food in Economy with Lufthansa In economy, all passengers receive the same meal, which may be something as simple as a basic sandwich. You may not be able to request an alternative, even if you have a special dietary need.

You may also have a hard time getting a beverage, even water, before takeoff, which can be especially difficult if taxiing takes a long time (which tends to).

Waiting to serve beverages is not completely uncommon for airlines, but it does shine a light on how economy passengers are treated differently than passengers in other seating categories, like premium economy.

Seating in Premium Economy with Lufthansa

There’s excellent legroom in Lufthansa’s premium economy section. There’s enough distance between the seats that the person in front of you can lay back as far as they want without impeding on your space or making you feel like you have to move back, too.

Entertainment in Premium Economy with Lufthansa

While the entertainment system in premium economy of Lufthansa isn’t the best compared to other airlines, it still offers enough to keep your mind occupied for your trip. You can also track the flight with live GPS tracking on the system. There are also movies available.

Amenities in Premium Economy with Lufthansa

When you sit in a premium economy on a Lufthansa flight, you should receive an amenities kit. The kit will likely include items like a toothbrush and toothpaste, a refreshment towel, a sleeping mask, earplugs and a pair of comfy socks. Unfortunately, these amenities aren’t all top-quality, but they should give you enough comfort for the duration of the flight, especially the thick socks.

Amenities in Business Class with Lufthansa

In business class, you get to use a pair of comfortable, high-quality headphones. They work so well when blocking out noise that you won’t even be able to hear the sounds of the plane, and you can enjoy what you’re watching on the entertainment system because the sound will be crisp. The headphones are probably popular because they’re locked into the seat to deter people from taking them when they leave the plane.

FAQs About KLM vs. Lufthansa

Is Lufthansa a KLM?

Lufthansa and KLM are two separate airlines that operate in Europe. By fleet, Lufthansa is the largest individual airline, followed by KLM.

Is KLM a good airline?

KLM has excellent reviews from passengers, particularly when it comes to its business class, which was revamped in early 2019. However, while it’s rated highly for customer service and ground crew efficiency, its economy and “upgraded” economy sections are not nearly as comfortable or accommodating as business class.

Is Austrian Airlines better than Lufthansa?

What is the best airline to fly in Europe?

Among the best airlines to fly in Europe are KLM and Lufthansa, as well as Swiss International Air Lines, Austrian Airlines and Air France.

Both KLM and Lufthansa are considered among Europe’s best airlines, flying to multiple international destinations and scoring highly when it comes to customer service and efficiency. Their main differences are in the seating and cabin classes they offer, and the one you choose will depend on your personal preferences and how long you’ll be in the air.

If you’re taking a long-haul flight and you need to arrive at your destination feeling as fresh as possible, opt for KLM’s business class. Lufthansa’s premium economy and business class are pretty close in terms of amenities and comfort, but KLM’s business class is a big leap ahead, so this should be your choice for top-notch seats.

On the other hand, if you want an enjoyable flying experience without having to pay for a business class seat, go with Lufthansa. Their premium economy class is worth the upgrade from the economy, but it won’t cost as much as business class. It comes with enough comforts to keep you happy for even a longer flight, and though it doesn’t have as much as KLM’s business class, most flyers will be satisfied with the experience.

Overall, though, if we had to pick one winner, it would be KLM. They offer a better experience overall, and between their stellar business-class amenities and the outfitted KLM lounge, every aspect of your trip will be fantastic.