If you’re a fan of exotic places, you have most likely heard about Bora Bora which is a small island that measures only 30.55 km², located in South Pacific, in the French Polynesia area. The island enchants tourists with its turquoise waters and sand-fringed islets. Besides relaxing and enjoying the breathtaking landscape, many people go there for scuba diving as well. Bora Bora represents a luxury resort destination. If your budget allows it, you will be able to rent an entire bungalow. At the center of the island, there’s a dormant volcano. Let’s see the reasons why you should go to this island and, most importantly, which the best time to visit Bora Bora is.

Why Should You Visit Bora Bora?

There are plenty of reasons why you should visit Bora Bora and choose this destination instead of going to other popular places such as Hawaii. For starters, the entire French Polynesia area receives approximately the same number of tourists in one entire year as Hawaii accommodates in just one single week. Even if you plan your trip during peak season, you will never feel crowded in Bora Bora. Therefore, you will be able to easily find a spot on a quiet and peaceful beach and have some privacy.

Secondly, believe me when I say that Bora Bora is one of the most amazing islands on the globe, if not the most beautiful one. It features mesmerizing landscapes and unique geography. Basically, it’s an ideal place if you want to experience a lifetime adventure. Moreover, you can gaze at the volcano’s dramatic peak which is also known as Mount Otemanu.

Despite the fact that it has gained a lot of popularity, Bora Bora remains a pretty isolated island because of two main factors: distance and cost. So, one could say that those people who visit the island are truly privileged. If you don’t have an unlimited budget, don’t fret about it, yet. Still, some people manage to visit Bora Bora, although they have a tight budget. 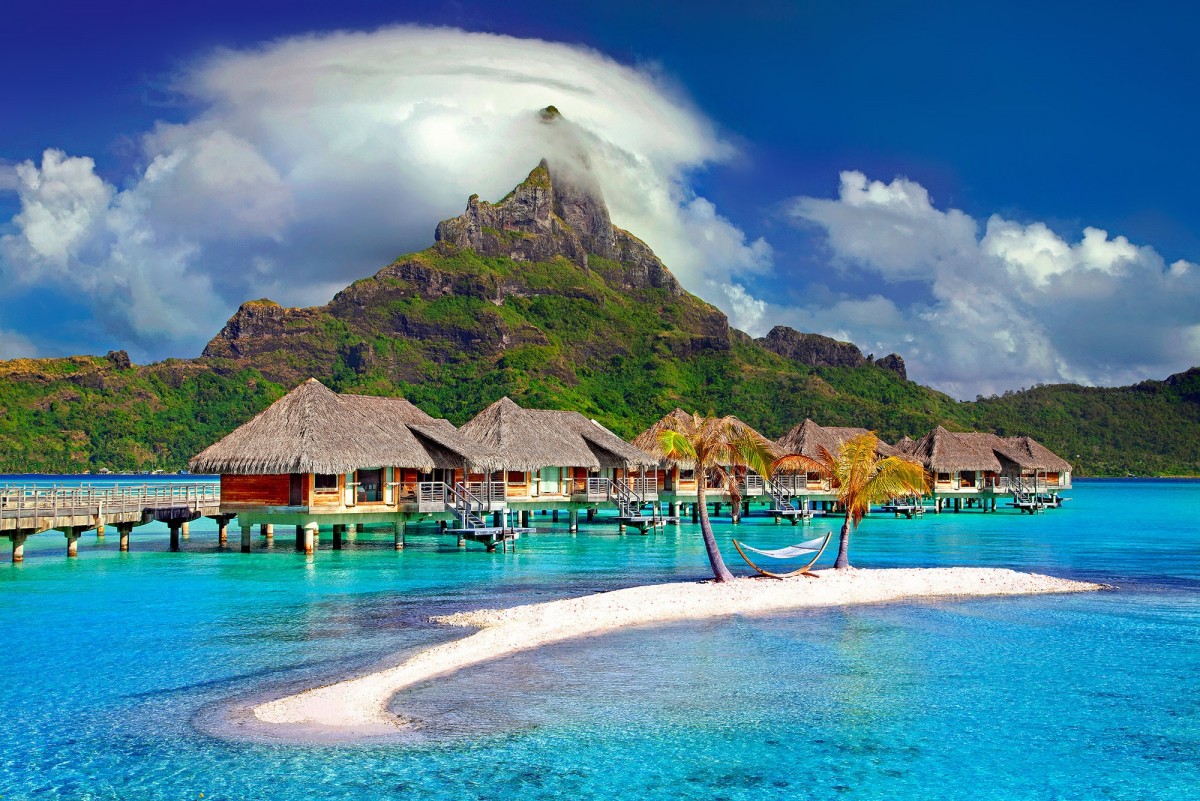 You won’t find any sky rise hotels or crowds of visitors in Bora Bora. Simply put, that means you will discover an unspoiled paradise embellished by pristine beaches and clean waters. As a matter of fact, this area is still a pure place and, unfortunately, there aren’t many like it left on the planet. Much of the island isn’t developed which means that you will always find a spot on Bora Bora where you can indulge in relaxation and peacefulness, in this secluded paradise.

Some say that the island’s lagoon features no less than 50 different shades of blue which is pretty amazing. One thing’s for sure: if you go around the lagoon, you will certainly see a lot of hues of both turquoise and blue water. The best is yet to come: along with these great bright colors, you will also enjoy bathing in crystal clear sea. Some tourists even go snorkeling here.

If you decide to travel to Bora Bora, there are so many once-in-a-lifetime experiences that you could try. For instance, you could swim alongside graceful sharks without a risk in the world. Or, do you know what else should you not miss? Having a picnic in a delightful area right on the shore, while keeping your feet in the water. Doesn’t that sound great?

There are several exclusive island resorts that are both luxurious and glamorous. The most popular ones are those that provide bungalows built right over the water. There, you can bathe in a huge tub while watching all sorts of tropical fishes swimming nearby. The majority of the accommodations also offer pampering spa treatments and massages. Basically, in Bora Bora, you can have a taste of both man-made facilities and the treats provided by nature.

Bora Bora’s local cuisine has French influences, although some say there isn’t a lot of variety as they thought it would be; let’s be realistic! This place is a remote island. Hence, a lot of the food and ingredients are imported so, if you think there would be Mexican or Chinese restaurants around the corner, you might be disappointed. That said, many tourists really enjoy their meals, especially when it comes to amazing pastries, homemade desserts, and, obviously, fresh seafood. 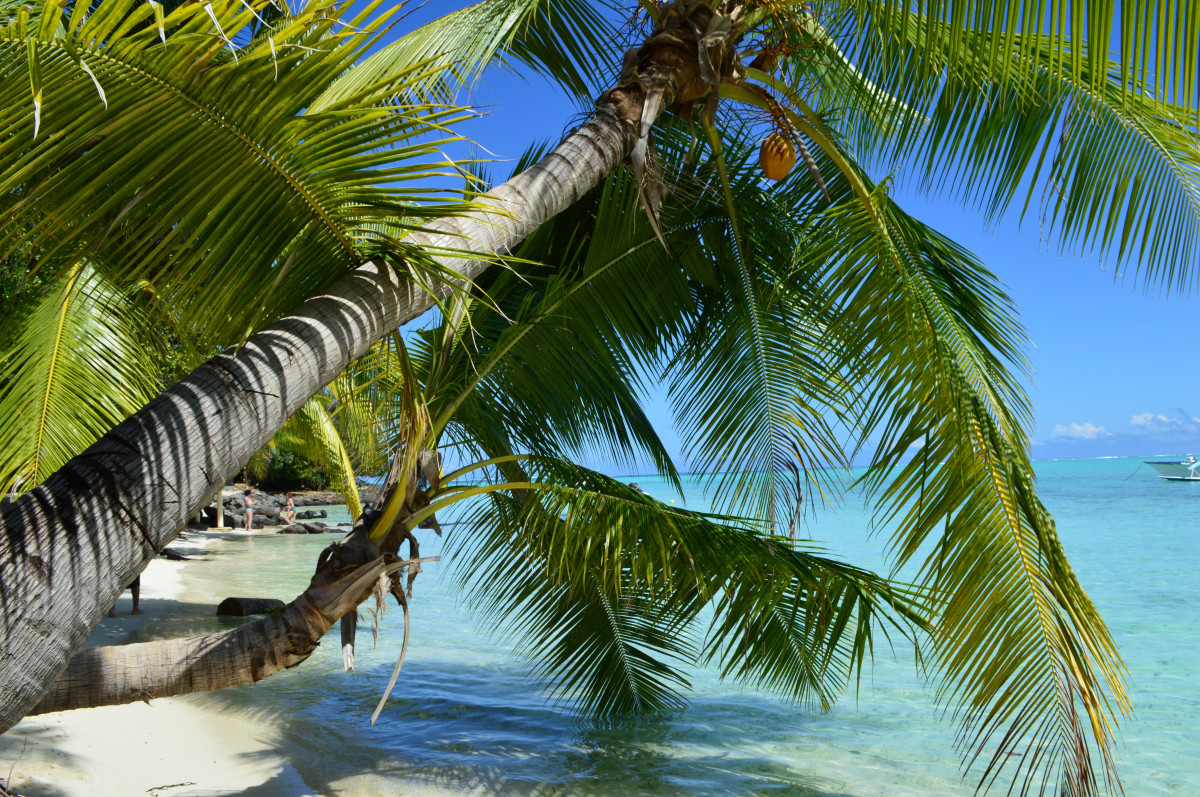 When Should You Go on a Trip There? – Best Time to Visit Bora Bora

Some say that’s best to visit Bora Bora in April and November. In these two months, you will enjoy fine weather and nice temperatures of about 70-80 degrees Fahrenheit. However, the island’s high seasons starts in May and ends in October. During this period, rain showers aren’t frequent. Still, the place is full of tourists. The low season lasts from December to March but the weather is rather wet and there are a lot of mosquitoes. All in all, you can visit Bora Bora anytime you want because the weather remains warm all year round.

If you want to save money while also avoiding peak seasons, you should plan ahead. Try not to travel to the island between June and August as well as during winter holidays. During those two periods, hotels are usually bursting with tourists, the accommodation rates are significantly higher, and flights might get overbooked.

If you’re a sightseeing enthusiast, then you should take into consideration a couple of essential elements before planning your holiday: busy and overpriced periods and the rainy season (after all, Bora Bora is a tropical island that has a wet season). Heavy rain is a common weather aspect from November to April. And, as I mentioned previously, busy times are around Christmas and during all major holiday months, particularly summer.

For those of you who want to go diving or snorkeling, the best time to visit Bora Bora is from April to October because then, the water is clear and calm. On the other hand, pay attention to all three summer months, during which the wind is stronger and might churn up the sea. You can also dive from November to April but, being the wet season, you should expect poorer visibility.

Obviously, the weather impacts outdoors activities in terms of both enjoyment and accessibility. The wet season comes with heavy downpours as well as powerful wind. Even when it stops raining, the air remains very humid which can be quite uncomfortable. The best time to go out and do outdoor activities is during dry months (June-September).

Finally, I know you’ve all been waiting for me to say something about the best time to go to Bora Bora for sunbathing and relaxing on the island’s pristine beaches. From May to October, the temperature during the day is, on average, 28 degrees Celsius. Still, the water temperature is higher and very inviting. It can go up to 26 degrees Celsius. On the other hand, some people prefer swimming during the wet season but that’s mostly because they look for relief from all the humidity and heat. 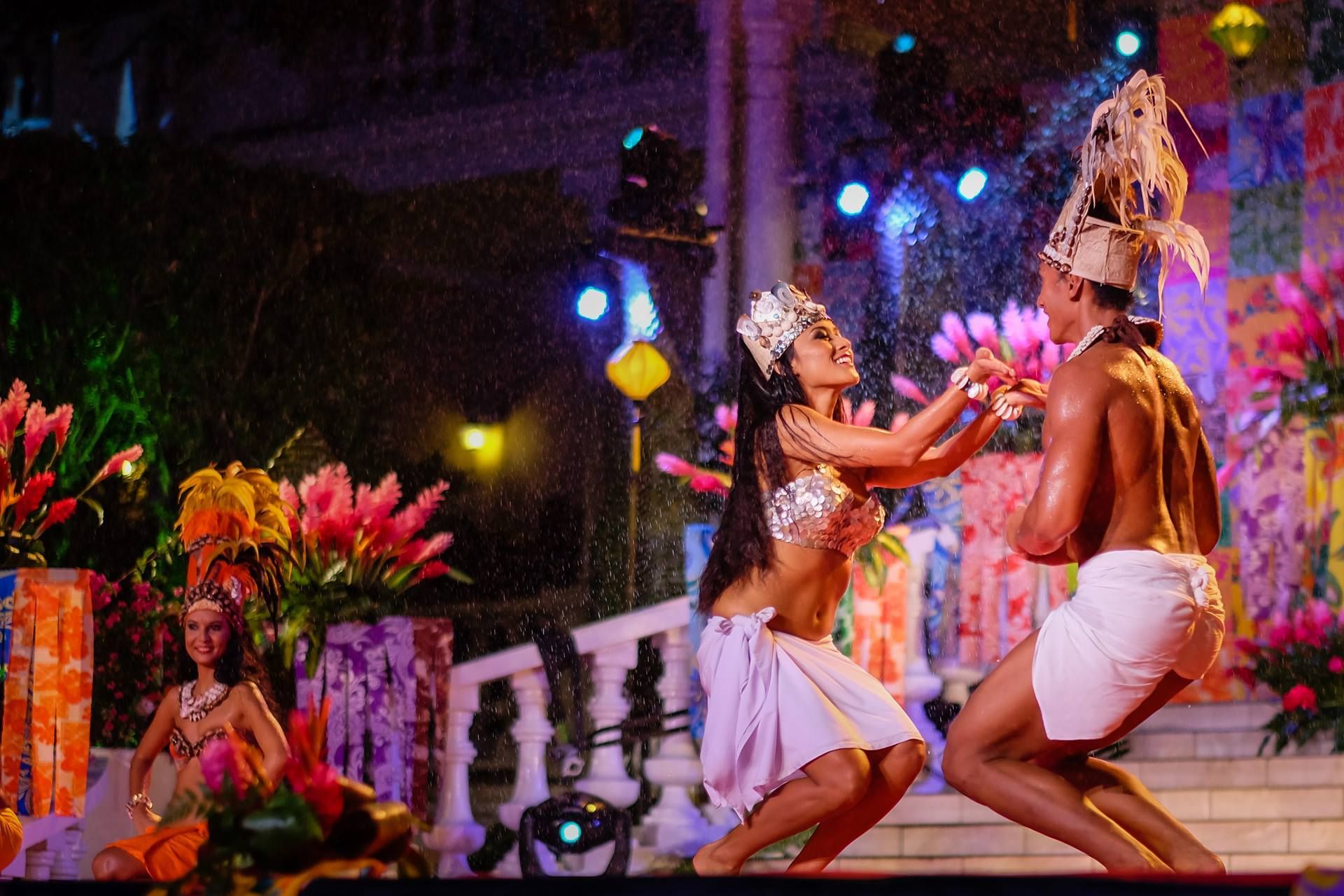 In September, there aren’t any special celebrations taking place in Bora Bora. 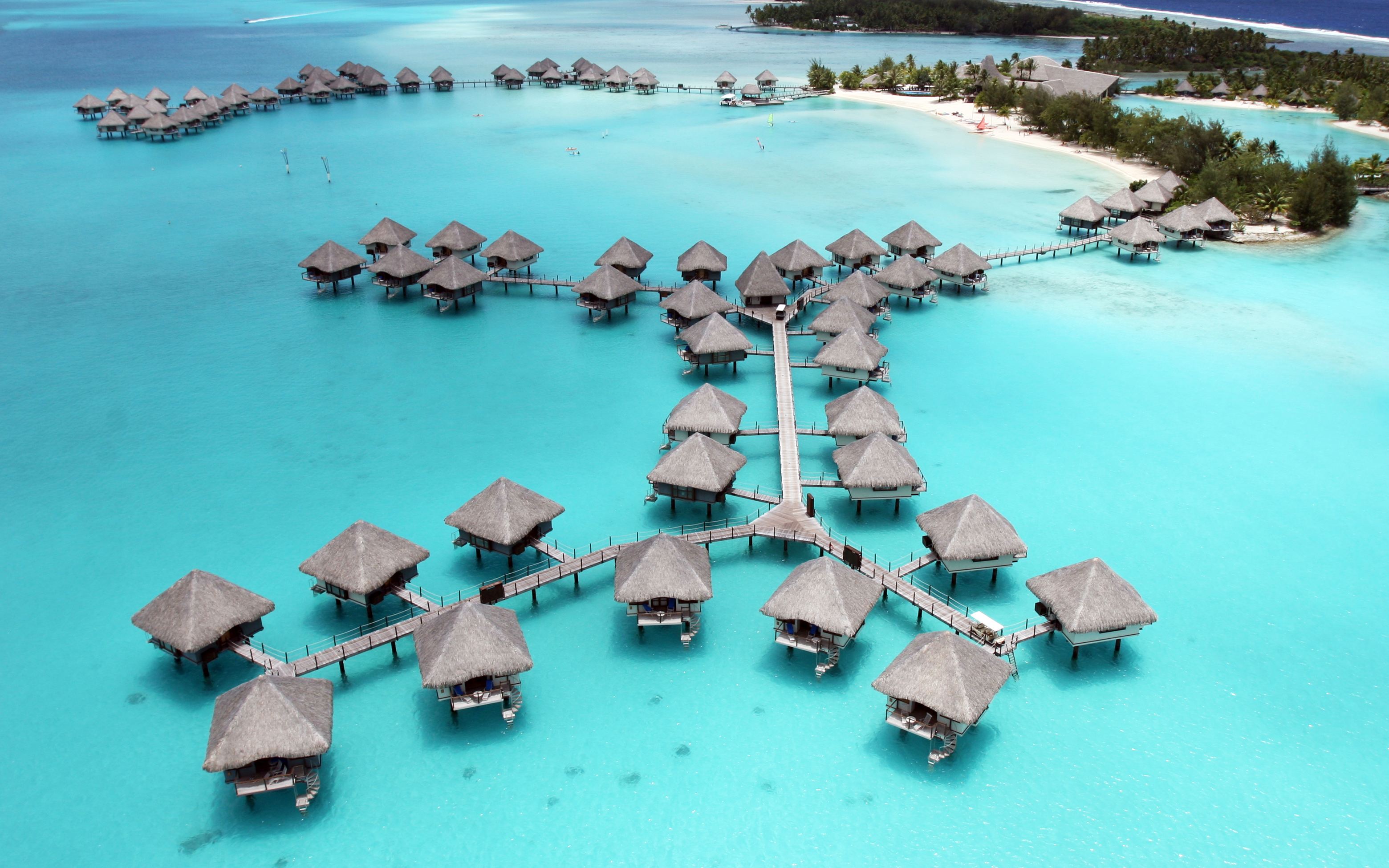 Things You Should Know Before Going to Bora Bora

Bora Bora is a great holiday destination where you can experience a lot of fun and interesting activities. Just make sure to do your research before planning a trip there. It’s best to travel there during certain periods of the year, based on your personal preferences and, of course, your budget. If you take into account the safety guidelines I provided above, you are in for a real treat and you will be able to have fun and avoid stressing out.

Alexandra is a keen traveler. She loves to discover new places, plan trips, and tell you all about it. In her articles, Alexandra provides useful answers to common questions regarding travel budgets, finding the best travel deals, accommodations, travel expenses, planning a trip, saving money on flights, travel guides, and many other topics that I am sure you will find helpful. All the tips and detail she offers are tested and proven. With her help, you will save a lot of time and you won't feel overwhelmed by long Internet searches. In her role as a travel blogger, Alexandra allows you to spend more time doing exactly what you love most: traveling.

The Best Time To Visit Portugal – Get the Most Out of Your Trip!